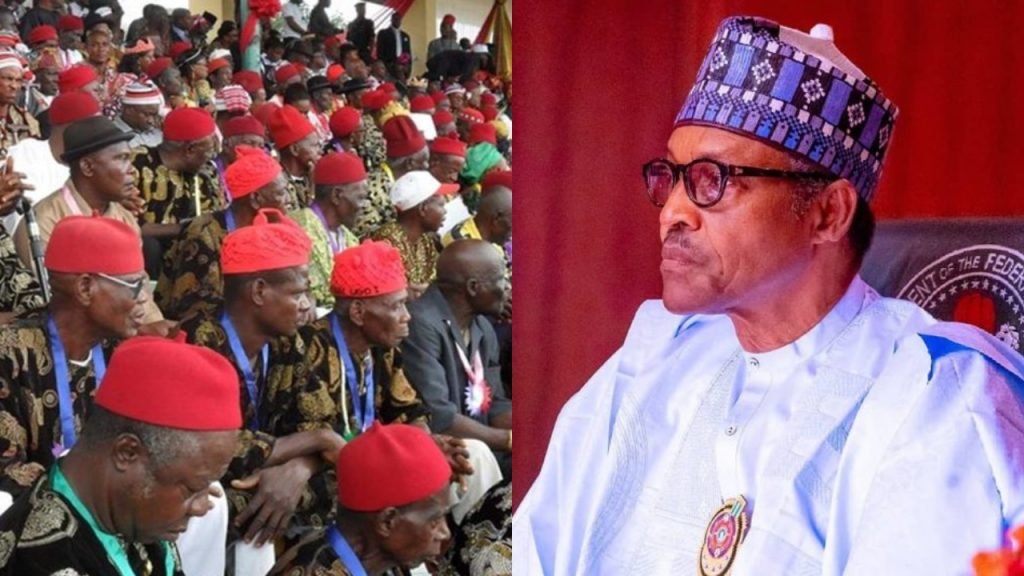 Ohanaeze Ndigbo has called on President Muhammadu Buhari to obey the order of the Abuja Court of Appeal and release Nnamdi Kanu, leader of the Indigenous People of Biafra.
Recall that Buhari had consistently said Kanu’s fate would be decided by the judiciary.
However, Appeal Court in Abuja had last week discharged the IPOB leader, yet the federal government has refused to release him.
While responding to appeals by traditional, religious and political leaders in the region for the release of the detained leader of the outlawed Indigenous People of Biafra (IPOB), Nnamdi Kanu, the president had said:
‘‘I have listened carefully to the various appeals from the elders to the traditional leaders regarding a wide range of options, and as I have said previously this matter remains in the full purview of the courts where it will be properly adjudicated.”
But the euphoria that greeted the court order is gradually dying down, with the Attorney-General of the Federation, Abubakar Malami declaring that Kanu would not be released anytime soon.
Speaking on the development, the National President of Ohanaeze Ndigbo Youth Council Worldwide, Mazi Okwu Nnabuike said President Buhari should show leadership by respecting his own words.
In a statement made available to DAILY POST on Tuesday, Okwu said, “it is a source of worry that the Buhari-led presidency is foot-dragging in obeying the Appeal Court’s order on Nnamdi Kanu.
“Recall that Igbo leaders, including the international community had at several times asked the President to apply a political solution to Kanu’s case but he said the court would decide on that. Now that the court has ruled in Kanu’s favour, the supposed Chief law officer of the federation, Abubakar Malami is busy deceiving the government.
“We ask Mr. President to show leadership; he should respect the rule of law; for the federal government of Nigeria to disobey valid orders of court is sending the wrong signal to the citizens and the international community.”
“The President should without hesitation order the DSS to comply with that order and free Kanu is order to ensure total peace and security in the South-East and the South-South,” Okwu stated.
Top Stories