Man Imprisoned For Trafficking And S3xually Exploiting A Victim In Maiduguri 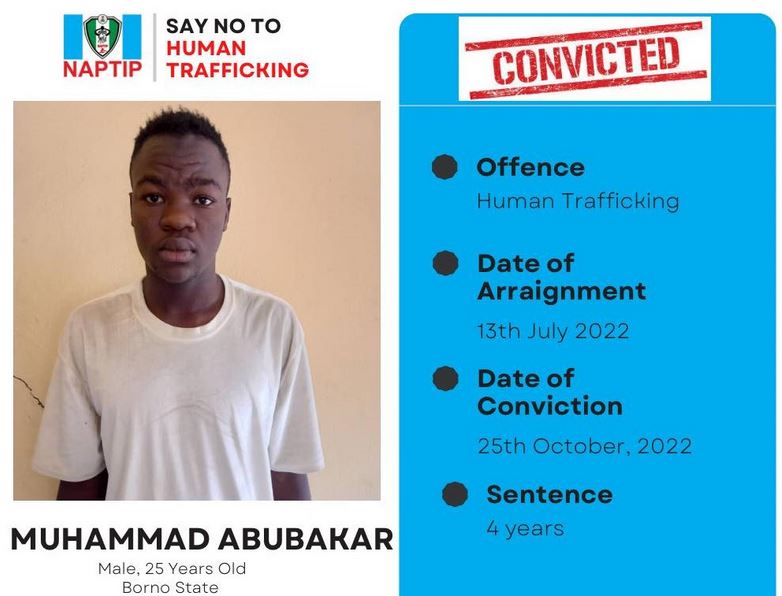 A 25-year-old man has been arraigned by the National Agency for the Prohibition of Trafficking in Persons (NAPTIP), Maiduguri Zonal Command before Hon. Justice Jude Dakat of the Federal High Court for human trafficking and s3xual exploitation.

The agency in a statement, said;

"The charge was filed at the Federal High Court in Maiduguri, Borno State, on June 24, 2022. The convict was sentenced to four years imprisonment on a two-count charge of trafficking and procuring one victim, as well as having s3xual relations with her; an offense punishable under section 13 and 16 of the Trafficking in Persons (Prohibition) Enforcement and Administration Act, 2015 as Amended.".