Photo Of Man Convicted For Possession Of Fraudulent Documents In Kano


Mesele was convicted after pleading guilty to a one count charge of possession of fraudulent documents. 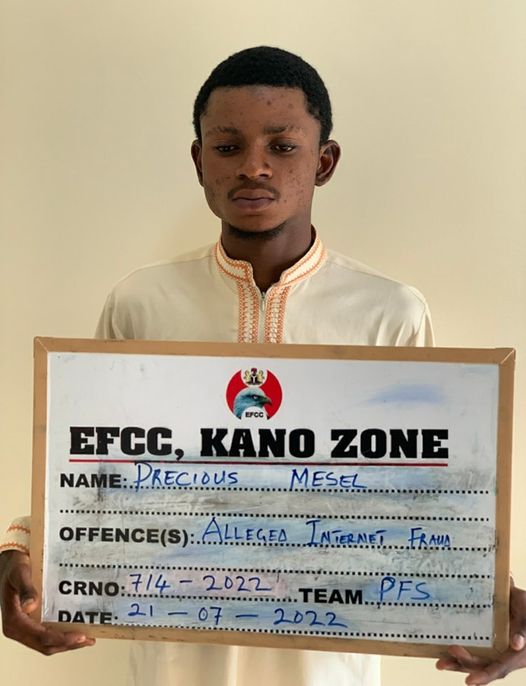 A man identified as Precious Mesele has been sentenced to two years imprisonment.

He was convicted and sentenced by Justice Farouq Lawal of the Kano State High Court.

Mesele was convicted after pleading guilty to a one count charge of possession of fraudulent documents.

PRECIOUS MESELE 'M', on or about July, 2022 in Kano, attempted to commit cheating and in such attempt did a certain act towards the commission of the said offence to wit: have in your possession fraudulent documents containing false pretence/romantic scam massages, and he thereby committed an offence contrary to and punishable under Section 95 of the Penal Code Law.

In view of his plea of guilt, the prosecution counsel asked the court to convict the defendant accordingly.