If Tinubu Is A Dictator, Atiku Is A Political Scammer That Will Sell His Soul To The Devil Fani-Kayode Replies Obaseki


He stated that the presidential candidate of the Peoples Democratic Party, Atiku Abubakar is the most destructive force that has bedevilled the Fourth Republic. 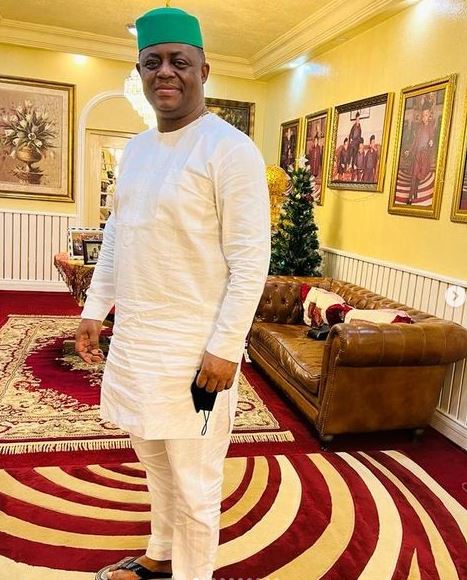 Former Aviation Minister, Femi Fani-Kayode has taken a swipe at Gov Godwin Obaseki for saying that Nigeria will breakup if the All Progressives Congress (APC) wins the 2023 presidential election.

FFK who is a spokesman for the Tinubu/Shettima presidential campaign organisation described Obaseki’s statement as nonsensical and puerile.

He stated that the presidential candidate of the Peoples Democratic Party, Atiku Abubakar is the most destructive force that has bedevilled the Fourth Republic.

“The notion that Nigeria will break up if our candidate Asiwaju Bola Tinubu and our party the APC wins the presidential election next year is as nonsensical and puerile as it is asinine,” Mr Fani-Kayode said in a statement on Wednesday.

“The corollary of this view is that Nigeria can only remain together if Atiku wins.

“Whilst Governor Godwin Obaseki of Edo state is free to support whom he wishes it is most unfair for him to attribute some kind of divine or deific status to Atiku Abubakar or hold him out as a unifier or bridge builder.

“Atiku is by far the most destructive force that has bedevilled the fourth Republic. Not only did he attempt to destroy President Olusegun Obasanjo and his administration which he served from 1999 till 2007 but he also destroyed the chances of his party the PDP and President Goodluck Jonathan from winning the presidential election in 2015 by his infamous deceit and betrayal.

“If he ever becomes President he will destroy Nigeria itself in precisely the same way that he has destroyed the PDP.

“He will suck out the very soul of our nation with all its goodness and virtues and leave us a shadow of our former selves.

“We know who the dictators are and Asiwaju is not amongst them.”