You Are Corrupt, I Dare You To Stop Ortom, Others From Contesting – Wike Tells Ayu


Wike, while briefing newsmen in Port Harcourt on Sunday, said the PDP chairman lacks integrity, describing him as corrupt. 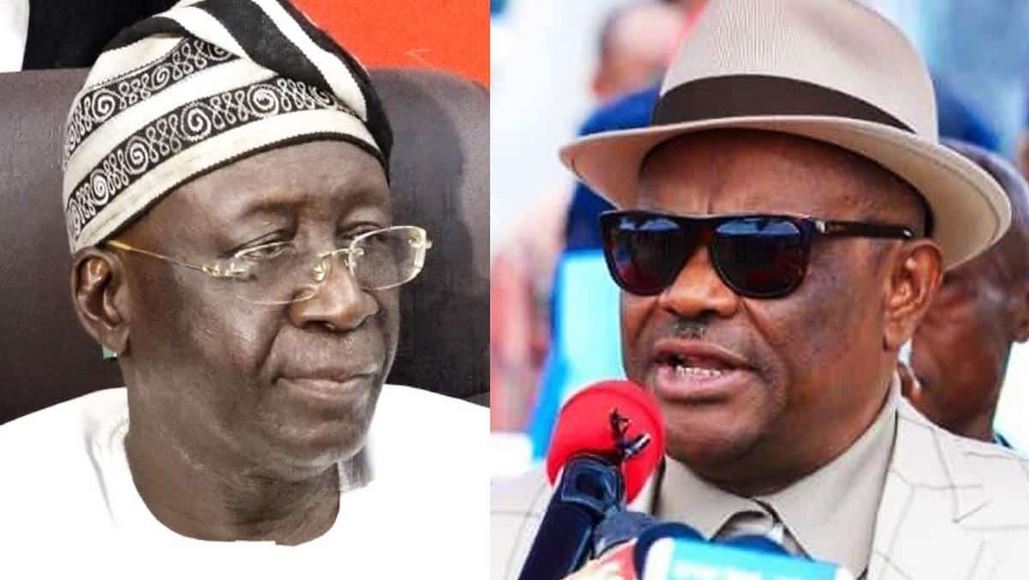 Gov Nyesom Wike of Rivers state has fired back at the National Chairman of the Peoples Democratic Party (PDP),  at Iyorchia Ayu, over his statement about his Benue state counterpart, Samuel Ortom.

Ayu had made it clear he had the power to stop Ortom and others from contesting the 2023 elections.

“I have the powers to stop you and you will not go anywhere because I will insist that I must sign before you go anywhere,” Ayu had said.

But Wike, while briefing newsmen in Port Harcourt on Sunday, said the PDP chairman lacks integrity, describing him as corrupt.

“I dare the National Chairman to stop any contestant if he has what it takes.

“It is in this country where you say a man is very corrupt and he is trying to talk,” Wike said.

Wike recalled how Ortom convinced other governors to allow Ayu to become party chairman against the resolution of the governors who had agreed that the National chairman should not come from a place where a PDP governor comes from.

He said: “The agreement by the governors was that no national chairman should come from where a PDP governor comes from but Ortom came, and he is a man we respect and that he wants to promote his people and let them be at the national politics, we said okay.

“This is a man (Ayu) who never campaigned anywhere and now can tell you that if he wanted to stop the man who brought him, who guaranteed him. That’s the corruption we are talking about.

“He has now come into office, he has seen money, he has seen power and now can open his mouth to say if he wanted to stop Ortom he would have stopped him.

“He said he can also stop any contestant, look at him, maybe he’s hollow, he doesn’t know anything.

“I dare him. If he’s National Chairman I dare him to stop any contestants if he has what it takes”.

Governor Wike also disclosed that he dealt with Ayu when he allegedly attempted to impose a governorship candidate in Rivers state.