The victim, also known as Ogonogo Mgbom, was said to have been gunned down at a checkpoint in the area. 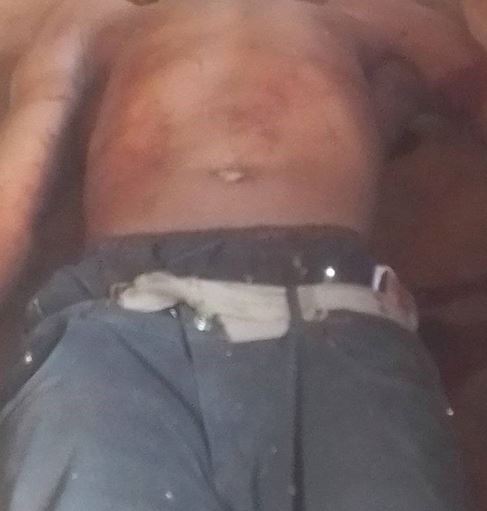 A member of the Ebubeagu Security Outfit, Joseph Nwaja has been killed by unknown gunmen in Ebonyi State.

It was gathered that the incident occurred at Okposi community in Ohaozara Local Government Area of the state at 11pm on Sunday, October 30, 2022.

The victim, also known as Ogonogo Mgbom, was said to have been gunned down at a checkpoint in the area.

"R I P JOSEPH NWANJA !!! The gallant Ebubeagu security officer,Mr Joseph Nwanja was gruesomely murdered yesterday night being 30th October 2023 by unknown gun men. He was shot at court area OKposi in ohaozara LGA at about 11pm," he wrote.

"Joseph Nwanja AKA Ogonogo Mgbom died while on active service to his father land. He has left his wife and many children that are still tender,to the great beyond. May the good Lord console and comfort the bereaved family. This is one of the many sacrifices of the Ebubeagu personnel to ensure we are secured."

Commander of Ebubeagu in Ebonyi State, Nnanna Friday, who confirmed the incident said the body of the deceased has been deposited in the mortuary.

He said security agencies are on the trail of the perpetrators, adding that they will soon be apprehended. 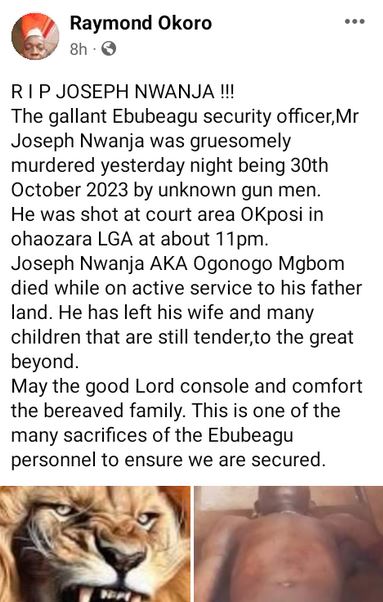