The daughters said to be Ugandans living in the USA, found their father's chats with his mistress so they read out the chats in the presence of other family members, including their father and mother. 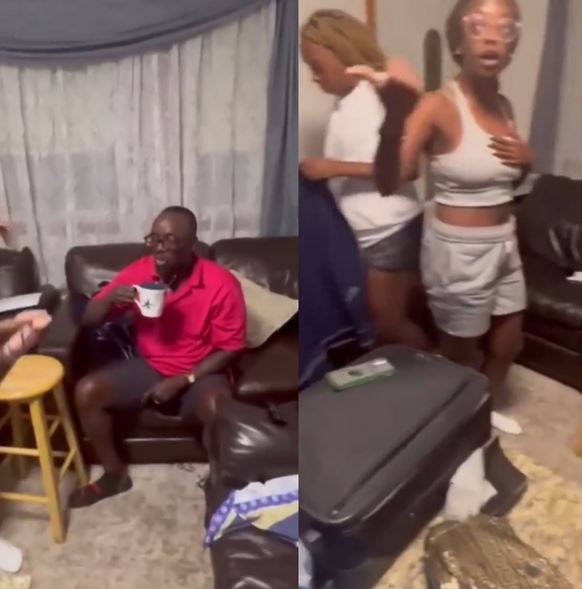 A video has captured the heartbreaking moment a man was confronted by his daughters after they found proof of him cheating on their mother.

The daughters, said to be Ugandans living in USA, found their father's chats with his mistress so they read out the chats in the presence of other family members, including their father and mother.

They told their father he ought to be ashamed of himself, they also told him that he can't keep putting their mother through that while she is trying to work on the marriage.

At one point, one of the daughters begins crying and tells her father, "I want to kill you dad."

Another daughter then goes to their mum and gives her a sweater to keep warm.

While all this is going on, the father, who has a cup of tea sitting on a table before him, is seen silently looking at his daughters.

When the father tries to interrupt, the daughters refuse to let him speak.

One daughter is heard saying: "Daddy, you are a cheater and you gotta listen to what she's saying."

Another daughter says: "You are not that father figure. I don't care who you are to me, you are nothing to me."

The camera zooms to their father's chat with the other woman at some point and it shows them sexting. 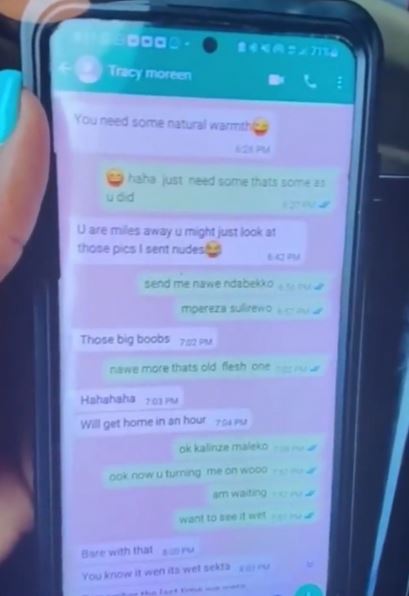 The woman talks about sending him "n#des" of "those big boobs" and encouraging him to look at them.

She also wrote: "You know it when it's wet."

However, she said her sisters were hurt when they found out.

Ashley then begins crying at this point as she calls her father out and tells him that she wants to kill him.

The video has gone viral and has elicited mixed reactions.