Man Accuses Nigeria Policemen Of Arresting Him For Having Dreadlocks In Kwara; Police Kick, File Charges In Court


The young man is seen surrounded by armed policemen in a viral video lamenting that the police officers wanted him to enter their patrol vehicle for having dreadlocks. 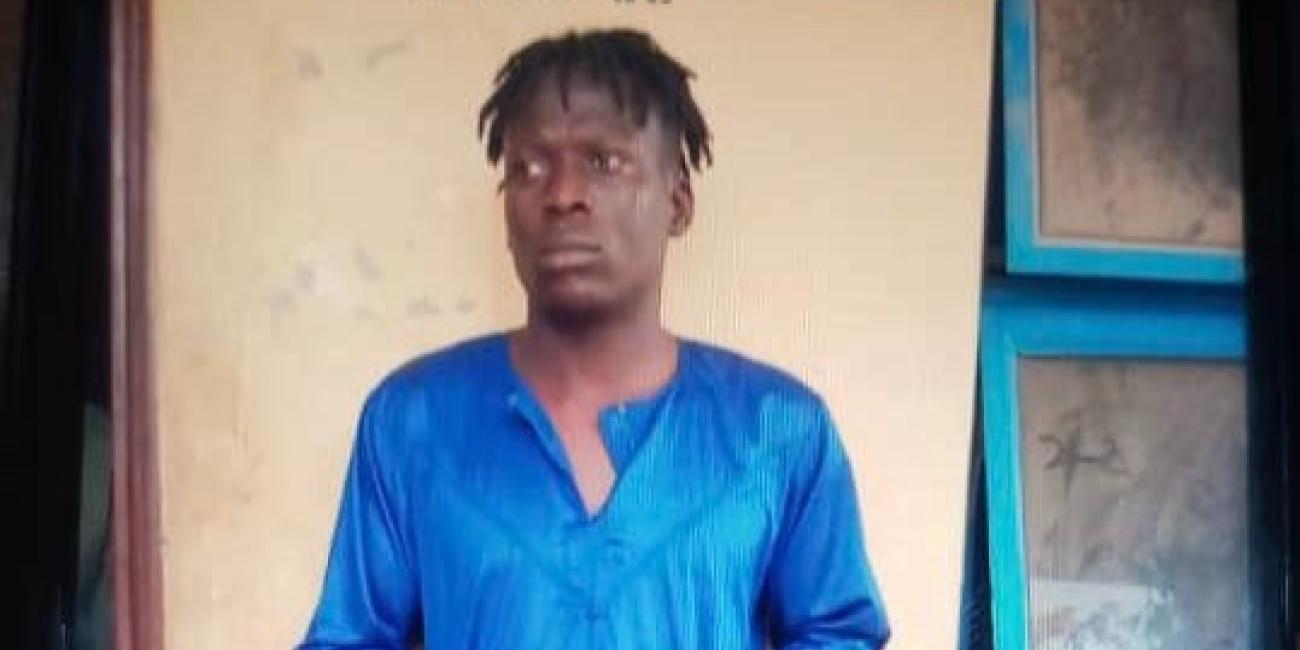 A man who is yet to be identified man has made some accusations against the Nigeria Police Force.

He accused some personnel of the Police of arresting him for having dreadlocks in Ilorin, the Kwara State capital.

The young man is seen surrounded by armed policemen in a viral video lamenting that the police officers wanted him to enter their patrol vehicle for having dreadlocks.

“Wetin I do dread for? Say I do dread now, say ehen nah crime. Dem dey video me, meself dey video them. Them say because I do dread now, say make I enter motor. For wetin? Wetin I do? Say I do dread. Say dread now nah crime. For Nigeria now say dread now nah crime. I want video you very well, I no dey go anywhere (Why do I have dreadlocks? They said I have dreadlocks and that it is a crime. They are videoing me and saying I should get into their vehicle. Why? What did I do? They say having dreadlocks is a crime in Nigeria now. I will video you very well; I’m not going anywhere),” the young said in the video.

However, in its response to the situation, the state police command through its spokesperson, Ajayi Okansami, identified the young man as Ibrahim Quadri, a commercial tricyclist, who allegedly did not allow police officers to carry out a routine search of his tricycle on Tuesday, at Maraba Area in Ilorin.

Okansanmi, in a statement made available to SaharaReporters on Wednesday, described Ibrahim’s claim of being arrested and extorted of money by the police for his looks as a lie.

He said, “Contrary to the content of a video circulating on some social media platform that policemen in Ilorin arrested a young man because of wearing dreadlocks and extorted of his money by the police officers in question, the command wishes to state that the character in the video whose real identity is Ibrahim Quadri aged 25 years was one of the occupants of a commercial Keke Napep that was stopped for routine search at Maraba area of Ilorin yesterday 1/11/2022 by police officers attached to the Anti-cult unit of the Command.

“It was reported that immediately the Keke was flagged down. The said Ibrahim jumped down from the tricycle and started raising alarm that it was because of his looks that made the police stop the tricycle, his attempt at preventing the operatives from performing their duty by shouting attracted passersby while at the same time was recording the incident. This prompted one of the policemen to bring out his phone and also started to record the scene, the moment the suspect noticed he was equally being recorded, he ran away abandoning his bag containing some documents and a Nokia Phone.

“No sooner did he left that he uploaded a video stating that he was stopped because he was having dreadlocks and was extorted of his money and ATM card. Surprisingly this morning the subject came to the police begging for forgiveness after the whole drama and most painfully the wrong information he circulated on social media to disparage the Force.

“He was however interrogated and he confirmed that no money was taken from him by the policemen and that it was his friend that uploaded the video on social media. He has been charged to court for offences of obstructing police officers from performing their lawful duties, injurious falsehood and belonging to a gang of thieves.”

Likewise, Delta State Public Relations Officer, DSP Bright Edafe, while reacting to the issue, said that if the police ask a suspect to follow them to the station, it is not the same as an arrest.

He said on Twitter, “Simply because he said they were arresting him cos of dread, does that Automatically means he is telling the truth? If the Police reasonable suspect someone and say lets go to the station, that does not necessarily means arrest or detention. Follow them first instead of drama