The operatives also recovered three trailer loads of marble stones from the suspects in the Patigi Local Government Area of the state. 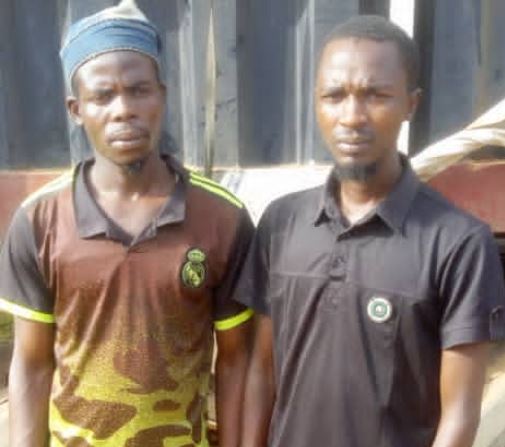 Two of the arrested suspects

Eight suspected illegal miners have been apprehended by men of the Kwara state police command.

The operatives also recovered three trailer loads of marble stones from the suspects in the Patigi Local Government Area of the state.

The state police public relations officer, Okasanmi Ajayi, disclosed this in a statement on Thursday, November 3.

He gave the names of the suspects as Abdulbagi Sadiq, Isah Amisu, Mohammed Zanihat Idris, Alhassan Rabiu, Mohammed Abdulbagi, Ibrahim Sule Balarabe, Mohammed Dalhatu Idris and Abubakar Tasiu and said they were arrested along the Share, Tsaragi, and Patigi areas of the state on October 30.

According to Ajayi, the arrest was made possible following a petition and a letter written to the state Commissioner of Police, Paul Odama. He said residents of Patigi Local Government Area and the Association of Licenced Miners of Kwara State had complained that illegal miners have turned their ancestral lands into a beehive of illegal mining of mineral resources.

The situation, Ajayi noted, had resulted in ecological problems and sabotage to the economy of both the state and the Federal Government.

“Based on this petition, a team of Kwara State Police Command’s operatives was dispatched to the area to arrest and if possible, recover and impound any illegally mined minerals in the said area.

The police team swung into action and on 30/10/2022 at about 02:00hrs the suspects named hereunder were arrested with three trailer loads of suspected marbles illegally mined.” 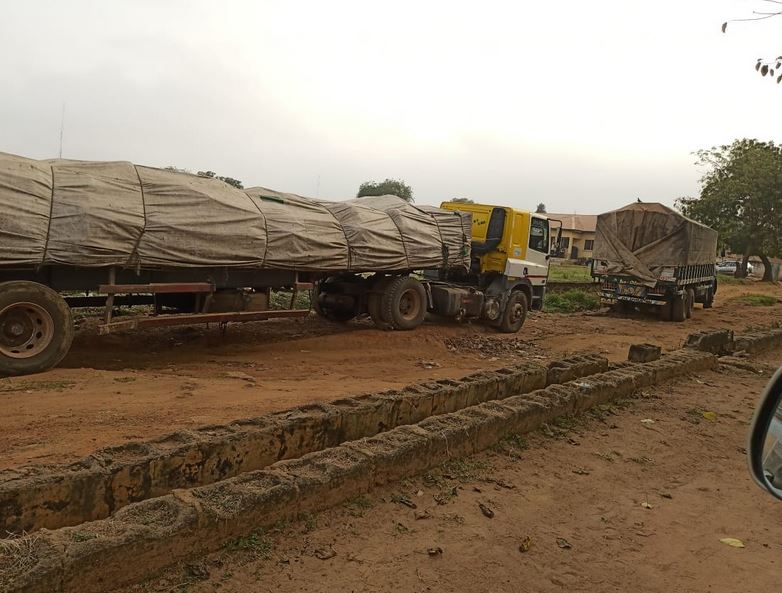 Noting that the exhibits recovered have been transported to the state police headquarters, the PPRO stated that the suspects after interrogation and confessions have been charged to court.