APC leadership in Adamawa State had after a meeting on Wednesday, accused Binani of singlehandedly picking members of the Council. 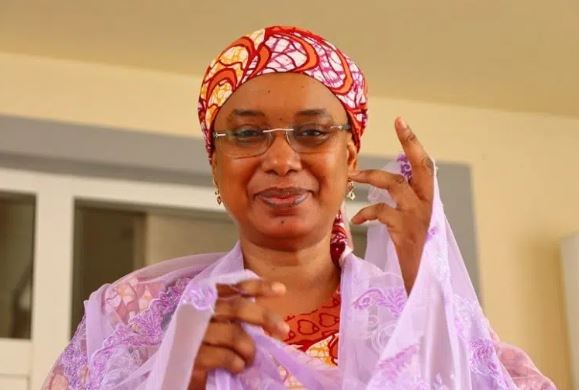 Senator Aishatu Ahmed Dahiru Binani has tendered her resignation as the Adamawa State coordinator of the Ahmed Tinubu/Kashim Shettima Presidential Campaign Council.
She resigned on Thursday due to attacks against herself and others by some members of the All Progressives Congress (APC) in Adamawa State who are not comfortable with their appointment.
APC leadership in Adamawa State had after a meeting on Wednesday, accused Binani of singlehandedly picking members of the Council.
Following the development, the Director-General of the All Progressives Congress (APC) Presidential Council Committee (PCC), Simon Lalong has appointed a former deputy governor of Adamawa State, Hon Martins Babale as the State interim campaign coordinator.
Lalong in the letter of appointment expressed confidence that Babale would perform excellently in the new role.
“We are confident that your wealth of experience will impact greatly on our mission to drive an effective, message-driven campaign and eventual victory at the 2023 presidential election,” Lalong told Babale.
The party has also scheduled a crucial meeting for today (Friday) to draw up a fresh membership list for the Council.
Top Stories