The mother allegedly left the child at her friend's place while she ran errands. When she returned, she was informed that the child had disappeared. 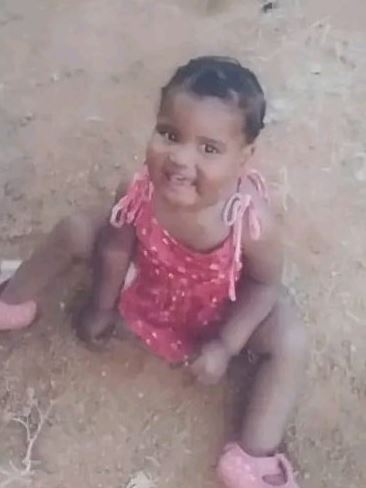 The lifeless body of a 21-month-old baby girl, Motheo Rashilo, has been found in the bushes near Malatane village in Lebowakgomo, Limpopo, South Africa.

The child's body was discovered on Wednesday, November 2, 2022, after she was reported missing on Friday 28 October.

Police spokesperson, Lt-Col Mamphaswa Seabi, who confirmed the development in a statement on Friday, November 4, said the mother allegedly left the child at her friend's place while she ran errands. When she returned, she was informed that the child had disappeared.

"Consequently, the mother reported the matter to Lebowakgomo Police Station. Police immediately started with investigations and search operations which ultimately led to the discovery of the body on Wednesday at about 16:00," the statement read.

"It is not clear at this stage how the deceased got to the bushes but the unfolding police investigations will ultimately reveal the cause of death. Police appeal to community members to give them space to fully investigate the matter

"Anyone with information regarding this incident should urgently contact the investigating officer Detective Sergeant Michael Magadani on 072 029 7499 or the the crime stop number 0860010111 or the nearest police station or MySAPSApp. Police investigations continue." 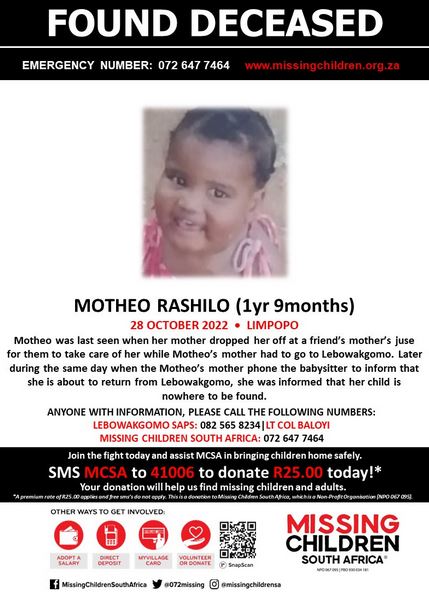