God Hasn’t Spoken To Me On 2023 Elections – Adeboye


This is coming barely three months to the 2023 general elections as campaigns by different political parties and candidates have gathered momentum. 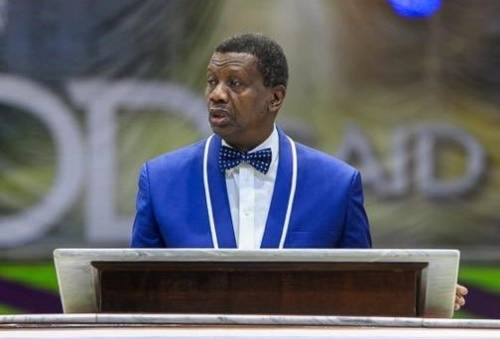 Pastor Enoch Adeboye, the General Overseer of the Redeemed Christian Church of God, has talked about the 2023 elections.

He said that God has not yet told him whether there will be any election in the country next year.

This is coming barely three months to the 2023 general elections as campaigns by different political parties and candidates have gathered momentum.

The revered cleric made the assertion, on Friday, in the church’s redemption camp while ministering at the November edition of the church’s monthly program tagged, “Holy Ghost Service.”

Addressing his congregation, Adeboye lamented the state of the nation and said he does not intend to scare anyone but noted God has not told him if the 2023 general elections will hold.

“I have not been told anything about next year’s election by God,” he said.

Pastor Adeboye added that he’s a pastor and not a prophet amidst the yet-to-come prophecy from God that he prayed for anyone who comes to him asking for prayers, maintaining that it is God who decides what happens after he prays.

“My duty is to pray. I pray for anyone who comes to me for prayers. It is left for God to decide what happens.”

Sharing sermons on the theme of the event, “Let It Rain”, Adeboye read from 2 Chronicles 7:13-14, charging Christians to always remain prayerful, while urging them to pray to God to heal the land.

He further said that rain is symbolic of hope, restoration and divine favour, noting that in the spiritual realm, rain is associated with blessings, God’s pleasure, fruitfulness and divine supply.