The police also recovered five locally made pistols with live cartridges from the suspects. 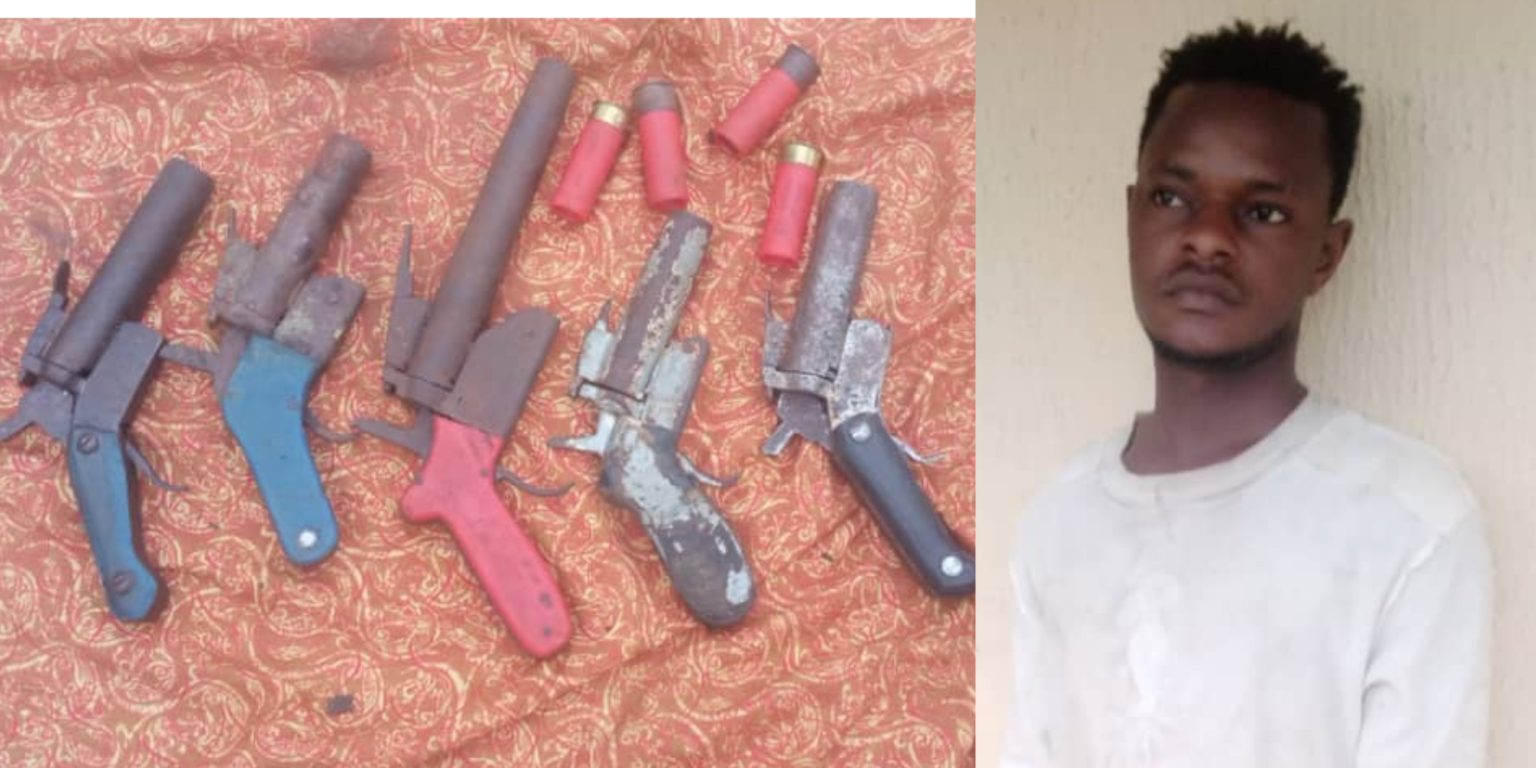 Two suspected deadly cultists have been arrested by the Bayelsa State Police Command.

They were nabbed at Swali Community, of Yenagoa, Local Government Area of the State.

The police also recovered five locally made pistols with live cartridges from the suspects.

Confirming the arrest of the suspects after a rivalry cult clash, the State’s Police Public Relations Officer, SP Asinim Butswat, disclosed that the arrest was carried out by the tactical and other divisional patrol teams on Thursday following a tip off.

DAILY POST gathered that the police during the raid also smashed one of the suspected cultists’ hideouts used for different criminal activities in Swali Community.

“On 10th November, 2022, at about 1630 hours, Police operatives responded to a distress call on a rival cult clash at Swalli Community, Yenagoa.

“Upon interrogation of the suspects, Police operatives went to their hideout at Swali Community and recovered additional four locally made pistols and three live cartridges.

“Endurance Akpeni is responding to treatment in the Police Clinic, Yenagoa. Investigation is ongoing by SWAT to arrest other fleeing cult members,” he stated.