The former prince of Wales has thrown himself into his new role following the death of his mother, Queen Elizabeth II, on September 8. 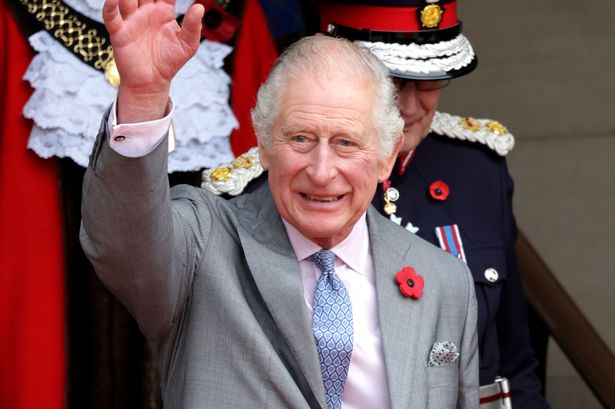 King Charles III has celebrated his first birthday as monarch after turning 74 on Monday.
He was greeted with ceremonial gun salutes booming across the British capital to mark his first birthday as monarch.
The former prince of Wales has thrown himself into his new role following the death of his mother, Queen Elizabeth II, on September 8.
His birthday fell a day after Remembrance Sunday, when he led a sombre tribute to Britain’s war dead at London’s Cenotaph for the first time as monarch.
Liveried troops fired salutes in London parks and from the Tower of London on the banks of the River Thames.
A military band played “Happy Birthday” at the daily Changing of the Guard ceremony outside Buckingham Palace.
Charles has not scheduled any public appearances for his birthday.
But he was pictured in a new photograph wearing a tweed jacket and corduroy trousers posing by an ancient oak tree to mark his appointment as Ranger of Windsor Great Park, west of London.
The post was previously held by his father, Prince Philip, who died in 2021.
In May next year, Charles, who was born on November 14, 1948, will become the oldest British monarch ever crowned.
He became heir to the throne aged just three and spent most of his life waiting to succeed his mother.
Since doing so in September he has immersed himself in his new role, although has held true to his word that he would not “meddle” in politics as king.
Despite being an outspoken advocate of environmental causes, he has not gone the United Nations COP27 summit on climate change, following government advice.
He has met a string of foreign dignitaries, including ambassadors and heads of state, as well as making public appearances around the country.
Last week, he hosted Nigerian President Muhammadu Buhari and Jordan’s King Abdullah II, met refugees from Ukraine and Afghanistan, and visited Northern Ireland.
Top Stories