The association also demanded that the Minister withdraws her comments and tender an apology to the court within seven days. 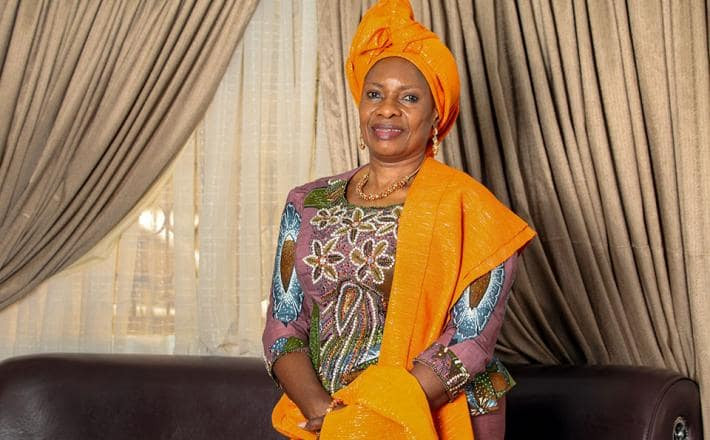 The Nigerian Bar Association (NBA) has called out the Minister of Women Affairs and Social Development, Pauline Tallen.
NBA asked Tallen to withdraw her comment on the judgement which sacked Senator Aishatu Binani as the Governorship candidate of the All Progressives Congress in Adamawa state.
Recall that the court had in the lawsuit instituted by one of the aspirants, Nuhu Ribadu, declared the governorship primary invalid on grounds of being conducted in violation of the Electoral Act 2022 and the APC Constitution and Guidelines.
Addressing journalists on the sidelines of the Global Reunion and Annual General Meeting of her alma mater, Federal Government Girls’ College, Bida, Tallen had referred to the judgment of the Federal High Court as “a kangaroo judgement” and further made "disrespectful" comments about it.
Reacting to the Minister's comment via a letter dated November 14 and signed by its President, Yakubu Maikyau, the NBA noted that it has no interest in the matter and holds no brief for any of the parties to the dispute.
Maikyau further described Tallen’s conduct as uncivilised and totally unbecoming, particularly of the holder of a public office who knows better and enjoys tremendous influence over political supporters who may interpret such comments as a marching order against the court.
The association also demanded that the Minister withdraws her comments and tender an apology to the court within seven days.
The letter read;
“The association does not and will not take kindly the action of any person or group of persons which treats the Court and its processes or proceedings with levity and contempt.
“Your comments were clearly calculated to impugn the integrity of the Court, bring it to disrepute and incite the public against the Judiciary.
“The only permissible, lawful, and civil way to express one’s discontent with the decision of a Court is to appeal the decision and not resort to the use of derogatory language in reference to the Court, no matter how unhappy one may be with its decisions.”
Top Stories