The veteran singer, 2face Idibia made the disclosure via his social media page. 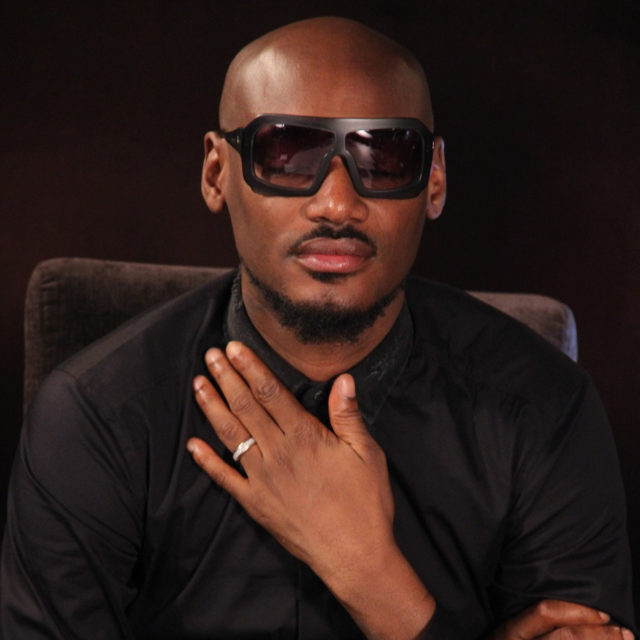 Singer, 2Face Idibia has said that he doesn't like the idea of using ''people of colour'' in a sentence.
The veteran singer said such is total bull**it.
According to him, unless we are saying that White is not a colour, the idea of saying people of COLOUR is total bullsh*t to him.
He shared this thought on his Instastories.
Read his post below: 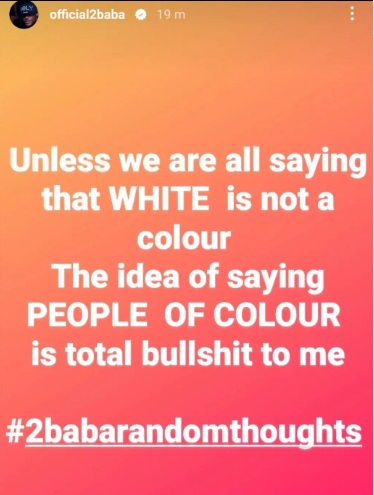