In a statement released, the spokesperson of the state police command, Ahmed Walil, said that the husband of the suspect reported the incident to the police. 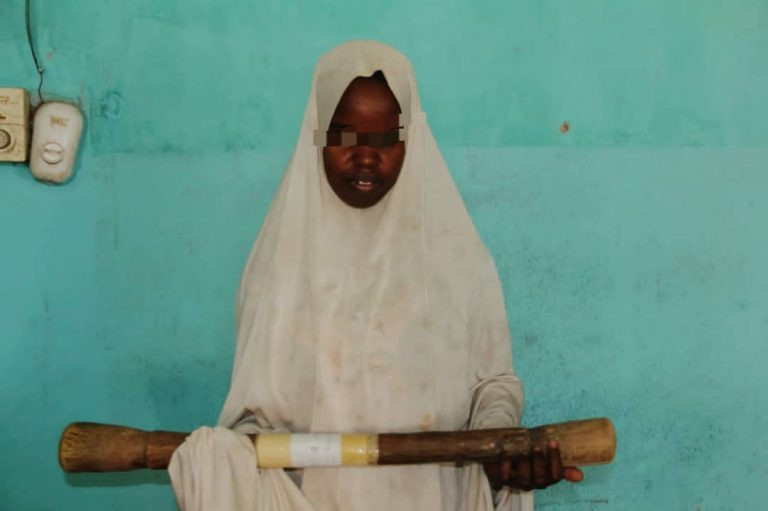 A 20-year-old woman, Maryam Ibrahim has confessed after allegedly killing her co-wife, Hafsat Ibrahim
The police in Bauchi state said the incident happened at Gar Village in Pali Ward in Alkaleri Local Government Area of Bauchi State on November 22.
Narrating why she did it, the woman stated that she had collected meat from the late co-wife which made her sick. She decided to attack in retaliation.
In a statement released, the spokesperson of the state police command, Ahmed Walil, said that the husband of the suspect reported the incident to the police.
“On the 22nd November 2022 at about 6.00pm, one Ibrahim Sambo, male (40) of Gar village Pali ward, Alkaleri LGA, came to Maina-maji Divisional Police Headquarters and reported that on the same date at about 12.00am, his second wife Maryam Ibrahim, (20) of the same address armed with a pestle entered into his first wife room, Hafsat Ibrahim (32), of the same address and hit her with the pestle on the head.
As a result, the victim sustained a serious degree of injury and was evacuated to a primary health care center in Gar village where she was certified dead by the medical doctor.
Upon receiving the report, a team of detectives attached to the command swung into action and arrested the suspect.
During interrogation, the suspect voluntarily confessed to the crime. She revealed that on Tuesday, 22nd November 2022 at about 11.00am, the deceased (Hafsat Ibrahim), sent her son, Abdulaziz Ibrahim (5) with a lump of fried meat known as (Tsire) to give her (Maryam). After eating the meat, she started feeling abnormal and she then vomited the meat.
Thereafter, she (the suspect) called one Faiza Hamisu, female, of the same address, the wife of her husband’s younger brother, and told her exactly what happened.
She added that the said Faiza told her that it was probably an ulcer; she (Faiza), then gave her an ulcer drug''
Wakil stated that the suspect provocatively went to her kitchen, picked a pestle and entered the first wife’s room while she was asleep and hit her on the head, leading to her death.
He said she will be arraigned in court as soon as investigation is concluded.
Top Stories