The cutlass he used to commit the crime has since been recovered. 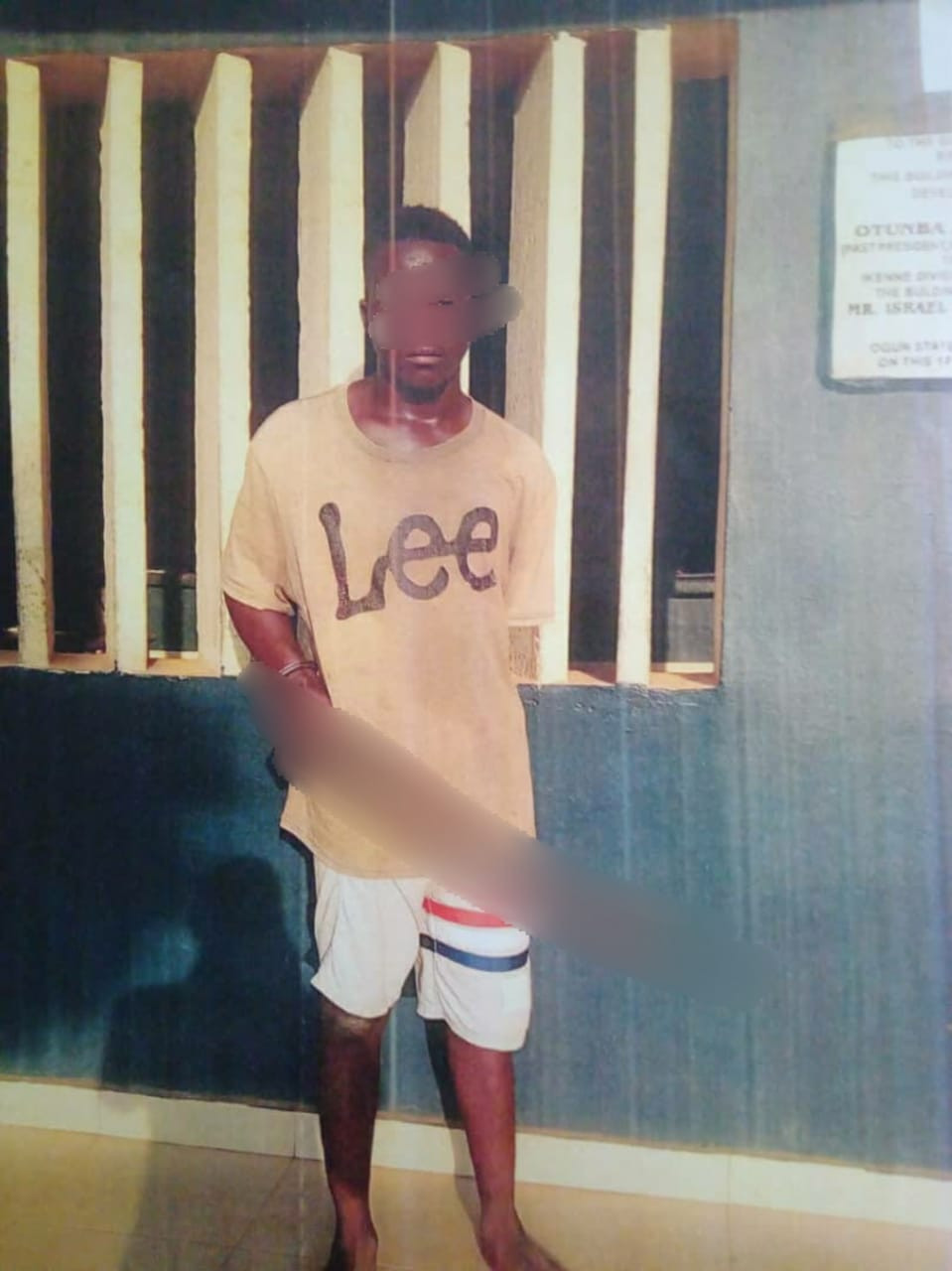 A native doctor has been arrested for killing his neighbour with a machete.
Idowu Talabi, was on Sunday November 27 arrested by men of Ogun State Police Command for killing his 30-year-old co-tenant, Isau Oluwatobiloba.
The suspect was arrested following a report lodged at Ikenne divisional headquarters by the wife of the deceased, who reported that she returned from Church vigil at about 6:00 am only to discover the lifeless body of her husband lying in the pool of his blood in their house at No 4, Best way Moro street Ikenne, after being killed by an unknown person.
Upon the report, the DPO Ikenne division, CSP Ibrahim Ningi, led his detectives to the scene, where it was discovered that the deceased was matcheted to death while sleeping on his bed. It was also discovered that there was no break-in at the scene and nothing was removed from the room.
These discoveries pointed to the fact that the killing was carried out by an insider, hence all the occupants of the house were invited to the station for interrogation.
Confirming the incident to newsmen, the spokesperson of the state police command, SP Abimbola Oyeyemi, said after a thorough investigation, Idowu Talabi, who claimed to be a native doctor confessed to being the person that killed the deceased.
When asked the reason for the dastardly act, the suspect alleged that the deceased was fond of accusing him of stealing. He said he decided to kill the deceased after realising he was alone at home sleeping.
The cutlass he used to commit the crime has since been recovered.
Abimbola said the state commissioner of Police, CP Lanre Bankole, has ordered the immediate transfer of the suspect to Homicide section of the state Criminal Investigation Departments for further investigation and prosecution.
Top Stories