Dudley was arrested while trying to run away from the west Fresno home he shared with his sister and their mother as cops were executing a search warrant there. 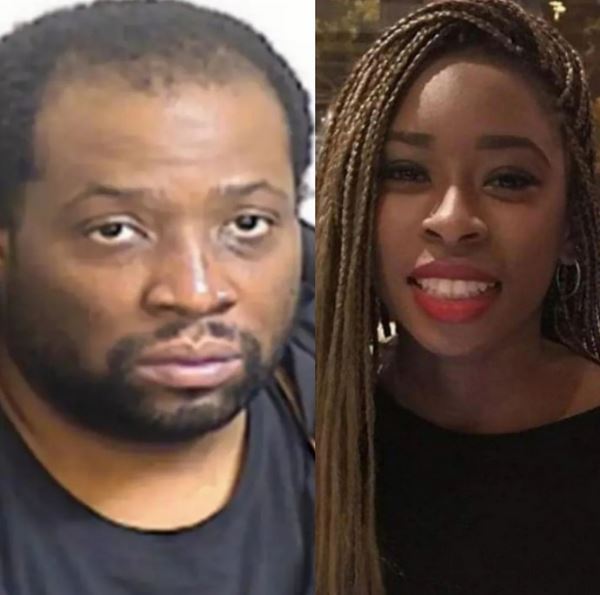 The police have arrested a man for allegedly stabbing his pregnant sister to death and setting her body ablaze just days after her baby shower.

The Fresno Police Department on Wednesday, Dec. 14, announced the arrest of 41-year-old Aaron Dudley for the killings of 26-year-old N’kya Rebecca Logan and her unborn son in Fresno.

A witness told police who were called to the scene that they observed a suspicious person pushing a city garbage bin along an unpaved road near the housing complex and then setting fire to its contents.

Surveillance video from the area reportedly captured Dudley pushing the trash bin on the day of the incident, police said.

Dudley was arrested while trying to run away from the west Fresno home he shared with his sister and their mother as cops were executing a search warrant there.

Authorities said Logan was 36 weeks pregnant and celebrated her baby shower on Dec. 11, just two days before her killing.

Balderrama said Logan planned to name her baby son Noah. The child did not survive after being stabbed multiple times inside the uterus, according to the chief.

Investigators believe Dudley repeatedly stabbed his younger sister with an edged weapon, dumped her body in the city trash bin, wheeled the container four blocks to the dirt road, doused the corpse with gasoline and set it on fire.

Police did not say what could have motivated the killing, but they did reveal that officers were previously called to the siblings’ home on July 28, 2021, when Logan complained that she feared for her safety.

Balderrama said that in that incident, Dudley was deemed to be a threat either to himself and others and was placed on a 72-hour hold.

Dudley is now facing two counts of murder because his sister’s unborn baby likely could have survived outside the womb, officials said.

"It takes an awful lot of evil, hate and planning to stab your own sister multiple times," Balderrama said at the press briefing, adding that he has not stopped thinking about this case since first learning of it.