The student identified as Taiwo Gbolahan was reportedly crushed to death by a heavy truck along the Ikole-Oye highway in the state on Friday morning. 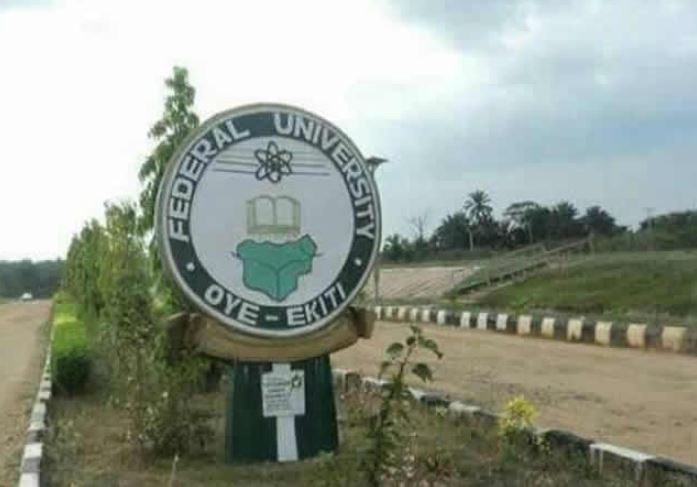 A lecture-free day has been declared by the management of the Federal University of Oye, Ekiti State, over the death of a first-year student of the Department of Quantity Survey.

The student identified as Taiwo Gbolahan was reportedly crushed to death by a heavy truck along the Ikole-Oye highway in the state on Friday morning.

The university’s Dean of Student Affairs, Prof Dosu Malomo, while confirming the incident noted that Gbolahan died in the theatre where he was being attended to by the doctors on the ground.

The dean, however, declared a lecture free-day as a last respect for the lost soul.

The declaration was contained in a statement issued on Saturday by Wole Balogun, the Special Adviser on Media Matters to the Vice-Chancellor, Prof. Abayomi Sunday Fasina, titled “Condolence Message And Lecture Free Day,” which was obtained by SaharaReporters.

The statement read, “The University has received the sad news of the loss of one our students in a ghastly motor accident on Ikole-Oye highway today. This is in spite of the spirited and prompt efforts of the Directorate of University Medical Services to render help and convey the student to the Federal Teaching Hospital, Ido, for comprehensive attention.

“Immediately the news got to the University management that the accident occurred, we sent an ambulance and logistics to admit the deceased at Federal Medical Centre, Ido-Ekiti.

“His parents were informed and his daddy was at the hospital, the University shouldered the hospital bill and treatment for him began earnestly, it was when he was in the theatre that the unfortunate happened.

“The Vice-Chancellor and the entire University send their condolences for this unfortunate loss.

“Consequently, I wish to declare that Saturday, December 17, is hereby declared a lecture free-day as a mark of respect for the lost soul.

The VC further urged the university community to remain calm and go about the lawful activities.