The Magistrate’s Court which is located at the heart of the state capital is housing the Owerri High Court. 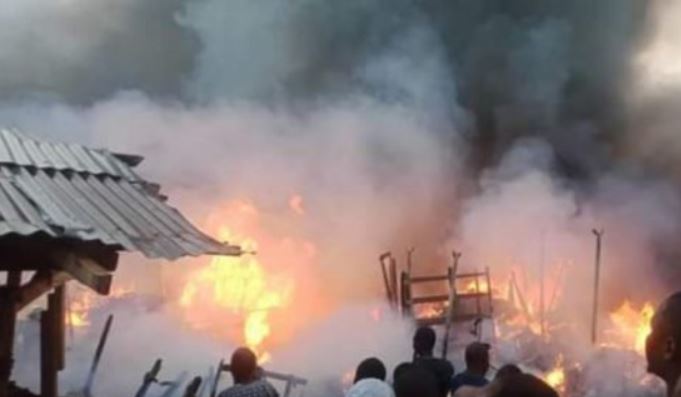 A section of the Owerri Magistrate’s Court in Imo State has been set ablaze by suspected hoodlums on Sunday.

This is coming barely 24 hours after the Orlu High Court was burnt by fleeing hoodlums.

The Magistrate’s Court which is located at the heart of the state capital is housing the Owerri High Court.

A source told The PUNCH correspondent that the suspects came with explosives and targeted a section of the roof of the facility.

While the extent of the damage caused by the arson had not been ascertained by our correspondent, it was learnt that sensitive court materials and documents, including files were burnt.

The source said, “Hoodlums have razed part of the Owerri Magistrate’s Court located at Owerri-Orlu Road. It happened today ( Sunday). This is very unfortunate.”

The PUNCH correspondent who visited the scene on Sunday afternoon observed that smokes were oozing out from part of the court building that was burnt.

When contacted, the police spokesperson for the state command, Micheal Abattam, confirmed the incident and disclosed that the fire had been put out.

He also informed that the command had begun an investigation with a view to arresting the culprits.