The septuagenarian prophet issued a statement at the weekend in commemoration of the New Year. 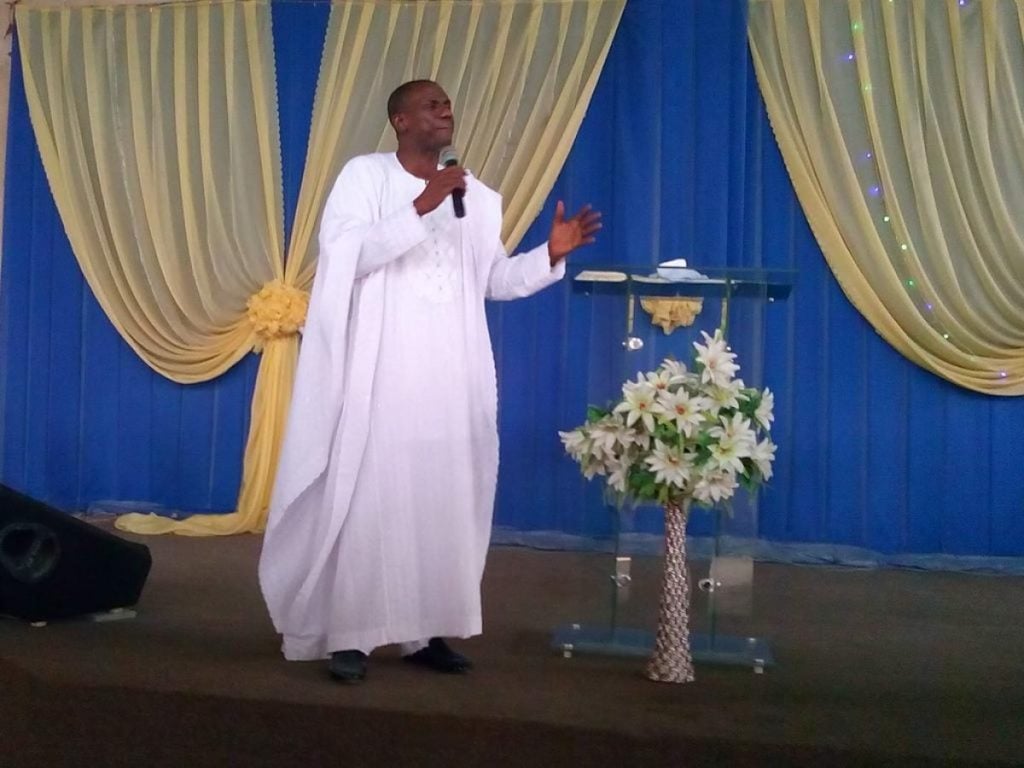 Prophet Bisi Olujobi of Wisdom Church of Christ International Ketu, Lagos has released some shocking 2023 prophecies.
The septuagenarian prophet issued the prophecies at the weekend in commemoration of the New Year, according to DailyPost.
The man of God said Davido will be bereaved again, saying some forces are against him.
He added that Nnamdi Kanu, the leader of the Indigenous People of Biafra will regain his freedom in the new year.
See the full prophecies below:
“Dr. Daniel Olukoya should immediately commence strategic warfare prayers to avert his ministry not breaking into pieces.
“New Oshoffa will emerge in the CCC; I see the present Emmanuel Mobina leadership fading off.
“Assemblies of God Church will go extinct, as only the carcass will be left.
“Joshua Iginla will become a global gospel power but should pray against sudden health challenges.
“Prophet Marcus Tibetan should pray for the genuine establishment, I see him being deserted and ridiculed.
“Pastor Ibiyeomie and Paul Enenche should be prepared to take the mantle of national leadership.
“Prophet Jeremiah Fufeyin will lose heavily in the ministry except he prays very well; I see a heavy gang up against him.
“Esther Ajayi should be very careful as I see a dangerous fall that will make her run helter-skelter.
“Christ Apostolic Church will steadily rise on one condition of taking out anything called occultism and sanctioning perpetrators.
“Redeem (RCCG), Deeper Life will break into different factions and the strongest will dominate.
“CAN Leadership will be ridiculed. Christians will suffer more under the present leadership of CAN led by Rev. Daniel Okoh.
“Bola Ahmed Tinubu will win the 2023 general election, Atiku will follow while Obi will take the 3rd lead.
“Governors Dapo Abiodun – Ogun; Babajide Sanwo Olu – Lagos; Babagana Zulum – Borno; Bello Matawalle – Zamfara; Mai Mala Buni – Yobe; Mohammed Yahaya – Gombe; Abdulrahman Abdulrazaq – Kwara; Abdullahi Sule – Nasarawa will all be re-elected.
“Oyo Governor, Seyi Makinde will not be re-elected. His defeat by the main opponent, Senator Teslim Folarin (APC) will be massive.
“Imo Governor, Hope Uzodinma should not seek re-election in November 2023. I foresee a massive disgrace if he does.
“Deputy Governor of Kogi, Edward Onoja is spiritually favoured to take the mantle from Governor Yahaya Bello.
“All G-5 Governors led by Governor Nyeson Wike will end in disarray. I foresee two of them withdrawing their membership.
“Ondo Governor, Rotimi Akeredolu should pray. His health will deteriorate and may not end in the office.
“Governor Adeleke of Osun will be impeached except he prays very well. He should avoid the Government House for seven months.
“Senator Ahmad Lawan’s political career has been buried completely; I see him being jailed after his tenure as the Senate President.
“Jimoh Ibrahim and Adeniyi Adegbonmire in Ondo will be elected as Senators. Deacon Segun Adewale should be more prayerful; has a brighter chance in the Lagos West Senatorial seat.
“Hon. Jimi Benson’s name will echo in Lagos State, he will be pencilled down as the next Lagos Governor.
“Olusegun Obasanjo is playing his last card, he should ask for forgiveness and amend his ways.
“Ibrahim Babangida (IBB) also is playing his last card, he should also follow suit
“All policies of Godwin Emefiele will summersault. He will eventually be arrested, tried and jailed. This I said earlier in 2022.
“Price of food, education and crude oil will skyrocket and this will lead to massive protests after a new president is sworn in.
“Nigeria’s break up is certain, but the present agitators like Sunday Adeyemo a.k.a. Sunday Igboho, Nnamdi Kanu and others are not the ones chosen for the task.
“Nnamdi Kalu will be released soon.
“Prof. Wole Soyinka, Pa Reuben Fasoranti, Chief Ayo Adebanjo are all having their last supper.
“Ooni of Ife, Oba Adeyeye Enitan Ogunwusi, will still return to one wife. All the women present in his palace will evaporate one by one.
“Oba Sikiru Kayode Adetona, the Awujale of Ijebu land should tidy up his house. He will depart shortly after the election.
“Oba Rilwan Akinolu of Lagos should pray and watch over his health.
“Sultan of Sokoto, Emir Saad Abubakar, should be prepared for a heavy task, especially in peace brokerage in the next government.
“Davido again will be bereaved. I see him dragging with a strong covenant that is beyond his age.
“Almost all entertainers have sold their souls to satan and this will come hunting them in 2023 except they repent and restitute.
“Bayo Salami a.k.a. Oga Bello, Lere Paimo a.ka. Eda Onileola, Idowu Philip a.k.a. Iya Rainbow, Grace Oyin Adejobi a.k.a. Iya Osogbo, Pete Edochie and Chiwetalu Agu should hand over their mantle to their favourites as the journey is near.
“Russia and Ukraine war will continue with Putin being the main target. I see Putin’s end in a short time.
“America and China economies will suffer a decline in the first quarter of 2023, but will later exhibit remarkable strengths of growth.
“Covid restrictions will again be effective in many nations and another deadly virus on the way. But this time, it will be restricted to the original domain.
“Former Pope Benedict XVI (died after the release of statement) and Pope Francis will be called home soon.”
Top Stories