Recall that the DSS had quietly sought a court order to arrest Mr Emefiele but the Federal High Court, Abuja rejected their request. 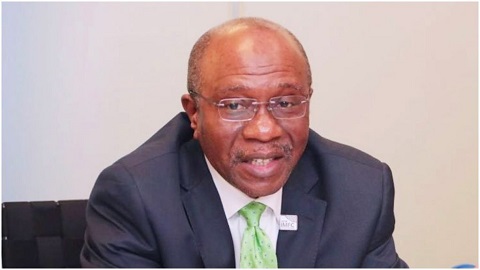 Embattled Central Bank Governor, Godwin Emefiele is back in the country, according to Punch.
The report stated that Emefiele reportedly returned to the country, on Wednesday.
This comes amidst growing rumour that he will be arrested by the Department of State Service.
Emefiele has left the country for several weeks following the investigation of several allegations against him, including corruption and terrorism financing.
Recall that the DSS had quietly sought a court order to arrest Mr Emefiele but the Federal High Court, Abuja rejected their request.
In the application, the DSS wanted the court to order the arrest of the CBN governor over alleged “acts of financing terrorism, fraudulent activities and economic crimes of national security dimension.”
The DSS filed the application marked FHC/ABJ/CS/2255/2022 at the court on 7 December 2022.
Mr Emefiele was the sole defendant in the suit which was filed ‘ex parte’, meaning Mr Emefiele was not notified of the suit.
According to a source that spoke with an online news platform, Premium Times, the CBN governor got the permission of the President, Major-General Muhammadu Buhari (retd.), for two weeks of leave which expired Tuesday.
“His holidays finished on Tuesday so he has to report to work on Wednesday,” the source said.
Meanwhile, the online news platform further reported that Mr Emefiele is planning to leave the country again very soon, afraid the secret police could eventually arrest him amidst the continuous power play at the Federal Government.
“He is trying to leave within the next few days on the pretence of attending the annual World Economic Forum,” their source said.
However, attempts to reach out to the Senior Special Assistant to the president on Media and Publicity, Garba Shehu, and the spokesperson for the Central Bank of Nigeria, Osita Nwanisobi, for comments were abortive as of press time on Thursday afternoon.
Top Stories