This was said to have angered them as they destroyed vehicles on Ehi and Akewukewe streets around 1am. 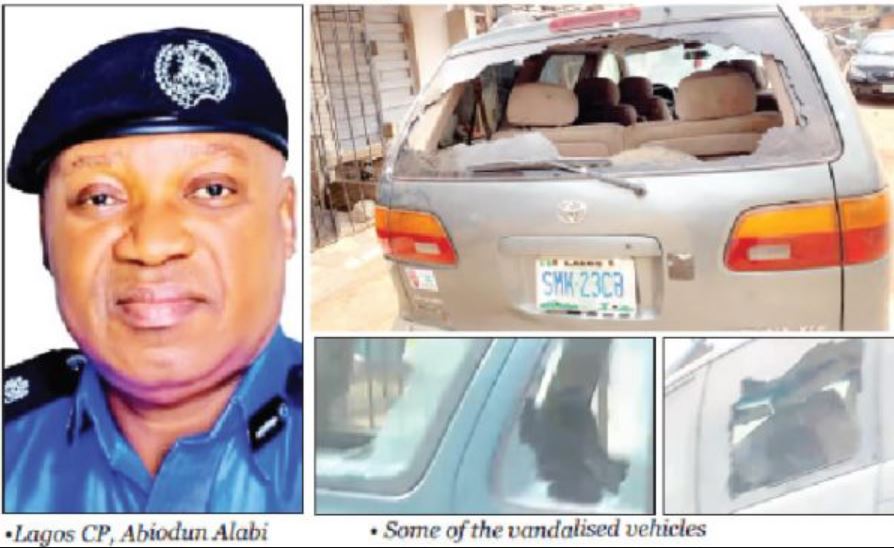 Serious tension took over the Ijeshatedo area of Surulere, Lagos State, on Sunday.

This was after suspected cultists raided the community and vandalized many vehicles.

PUNCH Metro gathered that the hoodlums were looking for a drug dealer in the community, but did not meet him.

This was said to have angered them as they destroyed vehicles on Ehi and Akewukewe streets around 1am.

It was learnt that the alleged drug dealer was the son of a landlord on Ehi Street.

A source said all the cars parked on the roadside of both streets were vandalised.

“It is unfortunate and people are bitter,” he added.

Another resident, who spoke on condition of anonymity for security reasons, stated that the state emergency numbers were called before the incident escalated.

He said, “The cultists came around 1am and invaded Ehi and Akewukewe streets. Every vehicle on the two streets was vandalised; windscreens were shattered and I can say this was done to almost 100 vehicles.

“We called the Lagos emergency numbers and they promised that men of the Rapid Response Squad would be there but they didn’t show up, so those cultists had a field day destroying cars.

“Even till now, nobody has shown up; all we are left with are damaged cars; people will have to start counting their losses and see what they can salvage.

“We learnt that those who perpetrated the act were cultists; they came with machetes and guns. People are bitter about the whole thing.

“They actually came for a young man who deals in drugs. When they did not find him, they vented their anger on the cars on the two streets, leaving the owners to bear the pain.”

He said, “You’ll call the people in charge of the emergency numbers, there’s no way they will give us the call without us answering. If there is anything concerning an emergency, it goes directly to the Lagos State Emergency Management Agency and they direct it to us.”

The Public Relations Officer, Lagos State Emergency Management Agency, Nosa Okunbor, promised to get back to our correspondent, but had yet to do so as of the time of filing this report.

The state Police Public Relations Officer, Benjamin Hundeyin, confirmed the incident, adding that the matter was being investigated.

He said, “Yes, I was informed of the incident after it happened and we are looking into it. We will not allow miscreants to wreak havoc in any part of Lagos. On the allegation that they called the police and no one showed up, we’re also looking into it to know what went wrong and for service delivery to be improved.”