Chikwendu was reacting to claims of chasing out Femi Fani-Kayode's girlfriend, Chika Nerita. 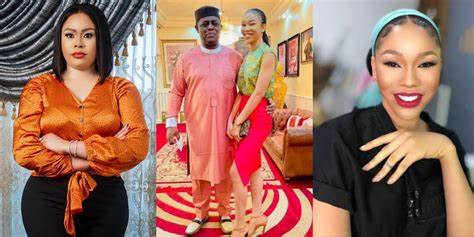 Precious Chikwendu has reacted after being accused of chasing away ex-husband's girlfriend, Chika Nerita.
Recall that Chikwendu is the ex-wife of the All Progressives Congress chieftain and former Minister of Aviation, Femi Fani-Kayode.
Chikwendu is also accused of always using their kids to get money from the controversial politician.
Reacting, she told the lady behind the stories to fix her insecurities and relationship as she can not have issues with anyone over a man.
She further asked the lady behind the stories to "enjoy her tenure".
See Chikwendu's post below: 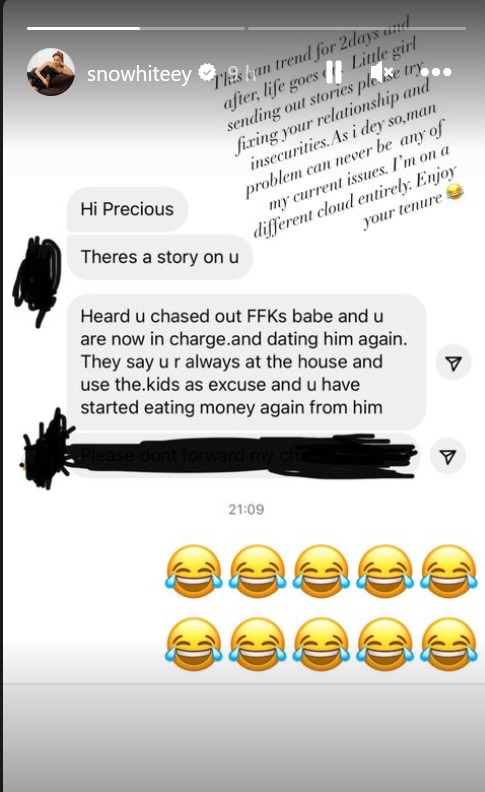