In a statement on Friday, Babatunde Zubairu, spokesperson of the sector, said two of the terrorists were killed during the operation. 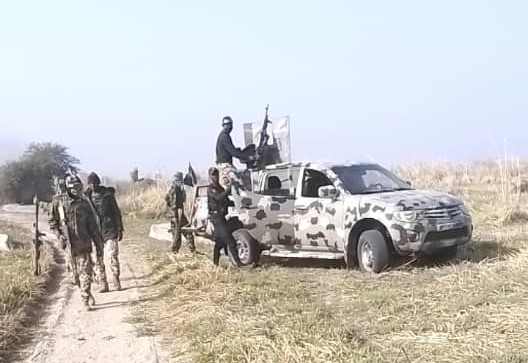 In a statement on Friday, Babatunde Zubairu, spokesperson of the sector, said two of the terrorists were killed during the operation.

Zubairu said some weapons, mobile phones and motorcycles were recovered from the terrorists.

“Following credible intelligence reports on the activities of terrorists, troops in conjunction with the Hybrid Forces swiftly and professionally responded to an infiltration attempt by terrorists on the Bakassi Response Area in Monguno town,” Zubairu said.

“Two of the terrorists were neutralised while some fled with severe gunshot wounds.

“One AK 47 rifle with two-loaded magazines were captured along with several items which include mobile phones and five newly acquired motorcycles.”

He said during the operation, five people were picked up by the army around the area, adding that they have been united with their families after an investigation revealed they had no connection with the terrorists.

“In compliance and adherence to the International Humanitarian Law as well as international best practices on armed conflicts, the troops profiled the suspects and thereafter handed them over in good health and sound minds to their respective families and authority,” he said.

He said Abdulsalam Abubakar, the sector commander, commended the troops for their “gallantry and professionalism” in the fight against the insurgents.

He said Abubakar called for more collaboration and support from host communities for maximum results.