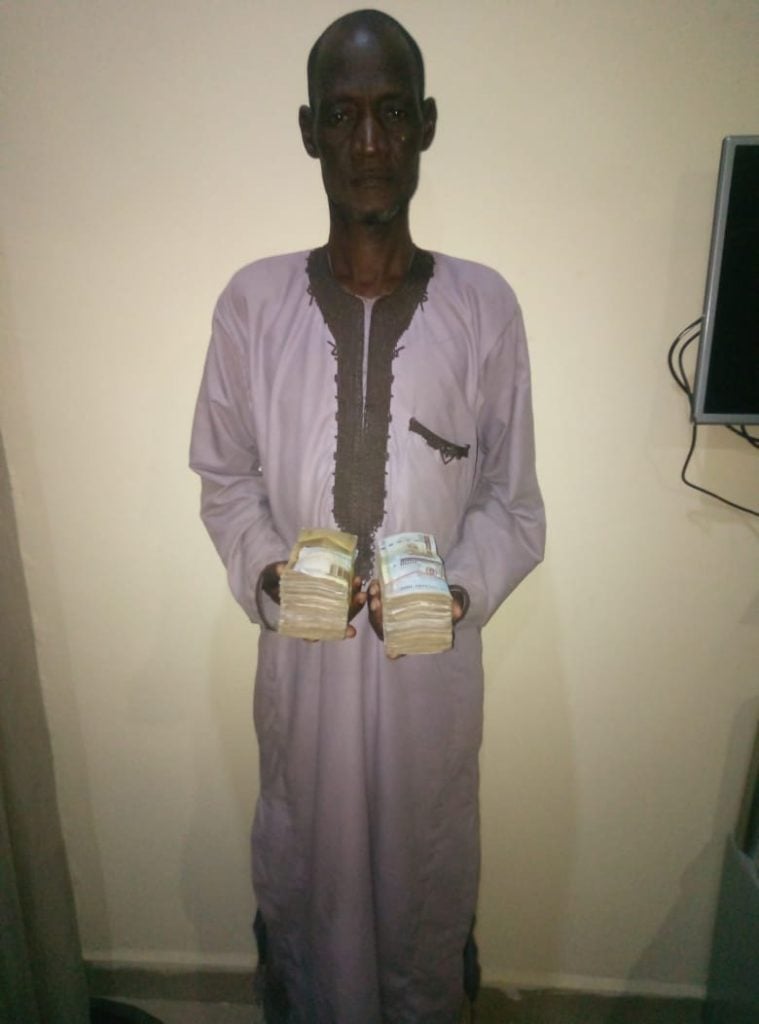 He rejected the sum of One Million Naira (N1,000,000:00) offered to him as a bribe to secure the release of a 27-year-old kidnap suspect, Yusuf Ibrahim of Danjibga village, Tsafe LGA, Zamfara State.

Kiyawa explained that the incident happened on Tuesday when a 62-year-old Bamuwa Umaru of Shika town, Sabon Gari LGA, Kaduna State, approached the officer and offered him the sum of One Million Naira (N1,000,000:00) as a bribe to secure the release of 27-year-old Yusuf Ibrahim, a suspected kidnapper.

The suspected kidnapper, Yusuf Ibrahim, was arrested by the police after he was identified by one of their kidnapped victims at Rijiyar Zaki Motor Park Kano.

The suspect confessed to the crime and involved in a series of kidnappings at Sheme, Yankara, Faskari, and Kucheri Villages in Katsina and Zamfara States.

He said their syndicate had killed about ten (10) of their victims.

The suspects will be charged to court upon completion of investigations.