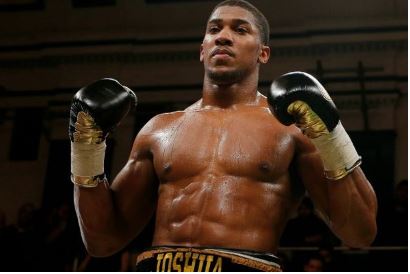 Anthony Joshua
British professional boxer, Amir Khan, has warned Anthony Joshua he is making the “worst mistake”, by taking an immediate rematch against Andy Ruiz Jnr.
Ruiz dropped Joshua four times, before a dramatic seventh-round stoppage victory last weekend at Madison Square Garden.
Joshua’s promoter, Eddie Hearn, has this week confirmed that they will opt for a rematch against Mexico’s first ever heavyweight champion, with plans to stage the fight in November or December in the UK.
However, Khan believes it is not a bright idea.
“When I heard he was doing that I thought it was the worst mistake he could make.
“Look, first of all, Ruiz will be full of confidence going into this fight and you’ve got Joshua who will be a little bit on the edge and on the back foot knowing that he can be hurt and put down.
“I think it’s very bad to take back-to-back and I can’t believe Eddie is putting him straight back into the mix with him. I think he needs a nice easy knockout win – maybe two – and then have the rematch,” Khan told The UK Independent.
Top Stories