Many believe Joash Onyango must have falsified his age since he looks old enough to become the village head of his locality. 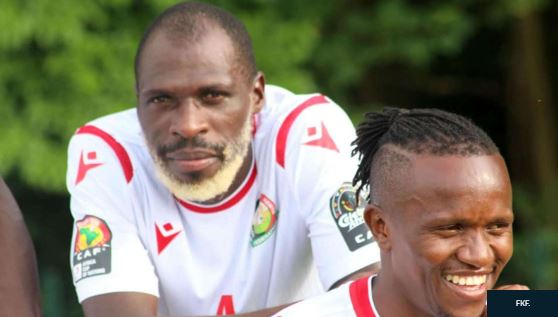 Joash Onyango (Left)
Kenyan footballer, Joash Onyango has left social media in stitches after he opted for a vintage white beard style ahead of the Africa Cup of Nations (AFCON) finals.
The Gor Mahia defender has taken the path of other Africans players such as El Hadji Diouf of Senegal and Rigobert Song of Cameroon, who have displayed the same style in previous editions of the competition.
Harambee Stars will face Algeria in their opener on June 23 and social media users have been creating humour out of Onyango's elderly looks. Many people have even insinuated that he might be close to 50 years old. 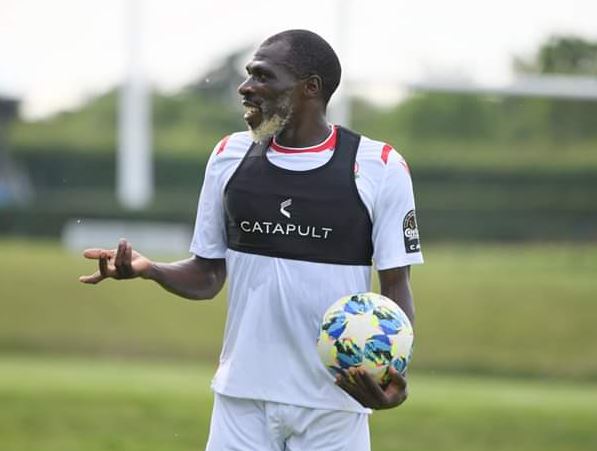 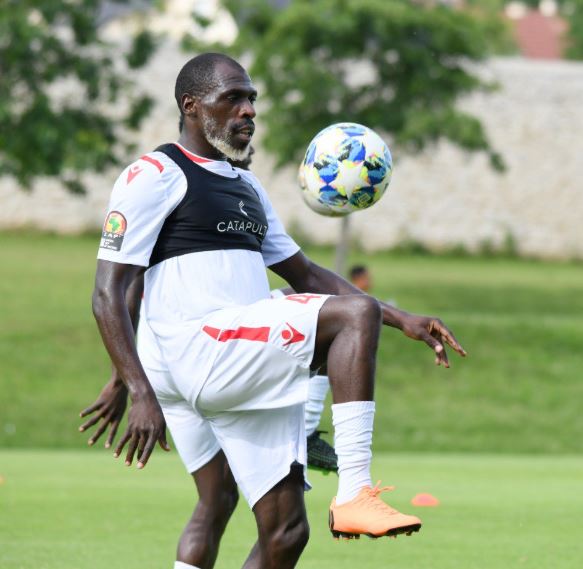