The Al Nassr winger came on as a substitute in the opening match against Burundi and then started the subsequent four games. 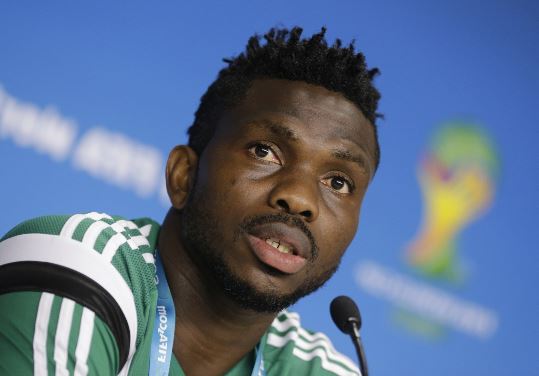 Joseph Yobo
Former Super Eagles captain, Joseph Yobo, has named Ahmed Musa as the team’s biggest threat, ahead of their Africa Cup of Nations semi-final against Algeria.
Musa has played in all of Nigeria’s games so far, with just one assist to his name.
The Al Nassr winger came on as a substitute in the opening match against Burundi and then started the subsequent four games.
However, Yobo speaking with Goal, highlighted his importance to Gernot Rohr’s team.
“Nigeria is always blessed with talent. When we talk about going forward, I see that as our strength because we always have players that can take on opponents one-on-one with individual brilliance and getting a goal out of nothing.
“That has always been our strength. Musa is the most experienced player in the team now because he’s the captain when Mikel is not playing. He’s got everything, his speed is terrifying as a defender if you ask who I don’t like playing against, I will tell you Musa all day.
“I don’t want it because I tried it a few times in training and I know he’s got it. He is a match-winner, we saw that at the World Cup when he scored a brace and it is not the first time it’s happening.
“Musa has been our biggest threat, every time Musa had the ball, the defenders were on their back foot, they were under a lot of pressure. Sometimes decision making and understanding didn’t really click [against South Africa], Musa was outstanding because you always need someone that will take the ball to the opponent, somebody that will make opponents defend close to their post and that’s what he’s got.
“If you defend high against Musa, he will beat you with his speed all day. He is an intelligent player, he has improved very well. He’s our biggest threat because I know as a defender,” Yobo said.
Top Stories