He soon began to struggle and he endured a strained relationship with Jose Mourinho. 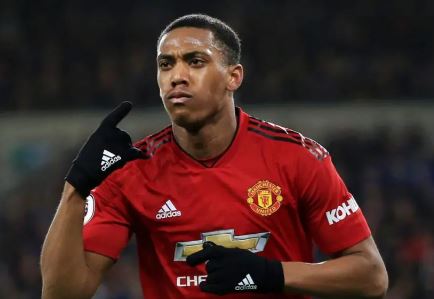 Anthony Martial
Jose Mourinho wanted to sell Anthony Martial while he was Manchester United boss because he felt the France forward was ‘mentally weak’, the UK Times reports.
United paid over £50million to bring Martial to Old Trafford from Monaco in 2015 and he finished his first Premier League campaign with 11 goals from 31 appearances.
He soon began to struggle and he endured a strained relationship with Mourinho.
The Portuguese coach believed Martial was ‘mentally weak’ and unable to overcome minor setbacks.
Mourinho also felt Martial ‘sulked’ too much during matches and asked the club to replace him with Ivan Perisic.
He, however, did not get his wish as he was sacked last December as United manager.
Top Stories