Hip Hop Star, Lil Dell Goes On The Run After Being Accused Of Murder


A hip hop star, Lil Dell has gone on the run after he was accused of being involved in murder. 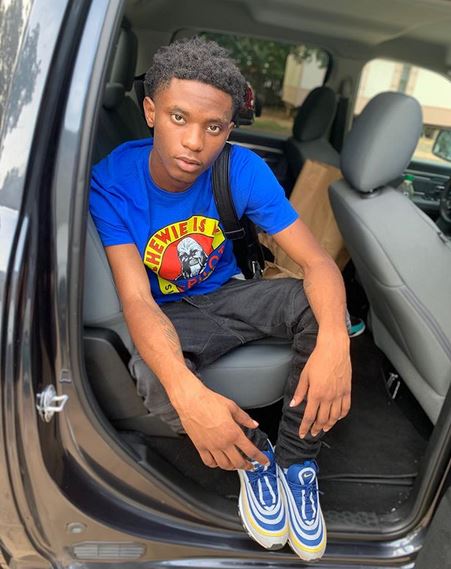 American rapper, Lil Dell is said to be on the run, accused of involvement in a murder that took place over Memorial Day, a report by Fox News has shown.

The 19-year-old -- his real name is Cordellious Dyess -- and a group of teenagers allegedly fired more than 40 shots into a crowd in a parking lot near the Platinum Night Club in Pensacola, Fla., according to ABC 3.

They reportedly intended to hit rival gang members but struck innocent bystander Elizabeth Harris, who died at the hospital later that night.
Per the local news outlet, three other teenagers: Markeasia James, 17, Tequan Warren, 18, and Dante Walker, 19, were arrested in connection with the murder last week.

Walker has been charged with accessory to murder, and Warren and James face charges including first-degree murder, attempted murder and aggravated assault.

"It's sad because I grew up with these people. I went to school with them. I seen these people every day," she said. "Now when I think about it, I have to think these people did this to my sister."
The victim's mother, Tawanna Campbell, had this to say:
"It's not gonna solve anything. ... I want my baby and I can't get her back, you know? It's a lose-lose situation. These children have lost their lives, my daughter has lost her life, and they're gonna lose family.

"I've lost my family. It's just too much."
Top Stories