Asked about his penalty miss, the Barcelona attacker blamed it on the absence of his beautiful wife. 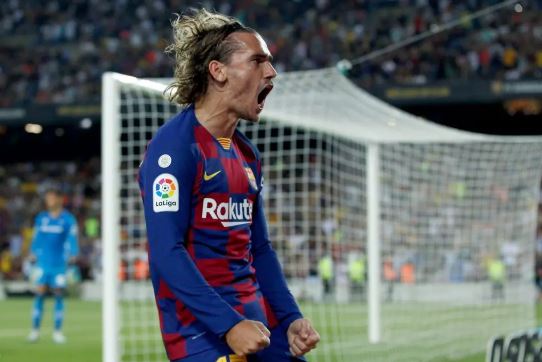 Antoine Griezmann
France forward, Antoine Griezmann, has blamed his penalty missed against Albania on his wife’s absence and promised to work on them.
Didier Deschamps’ men won their Euro 2020 qualifier 4-1, as Kingsley Coman grabbed a double alongside goals from Olivier Giroud and Jonathan Ikone.
However, Griezmann was unable to add to the tally when presented with a first-half chance from the spot, his effort crashing off the crossbar and coming back into play.
Asked about his penalty miss, the Barcelona attacker told reporters after the game: “I don’t know [what happened]. I don’t know.
“As I said earlier, maybe it’s because my wife didn’t watch the game!
“I was on a good dynamic but we can’t score every time. Too bad, I’ll have to work on it.”
Top Stories