France-born Midfielder To Play For Nigeria


Topmann was born in France to Nigerian parents but was moved to Germany after his birth, and has a German passport. 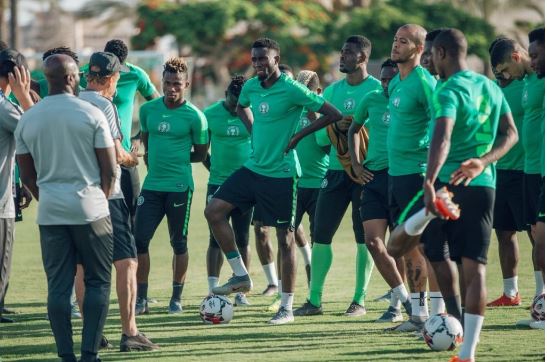 File Photo
France-born midfielder, Topmann Ugochukwu Izuwa has decided to play for Nigeria.
The 18-year-old’s father, Bishop Izuwa confirmed that the KFC Uerdingen youngster has pledged his international future to Nigeria.
Topmann was born in France to Nigerian parents but was moved to Germany after his birth, and has a German passport.
But Izuwa has now explained why his son opted to play for Nigeria over France and Germany.
“Topmann can play for three countries; France, Germany and Nigeria. I have made my children understand that home is home even though they were born in Europe,” Bishop Izuwa told Allnigeriasoccer.
”If you don’t have a root you cannot bear fruits and their foundation should be home. I want him to use his gifts to project the interest of Nigeria than serving the interest of his place of birth, which is the ideology.
”He has great opportunities in Germany and France but it is better he plays for Nigeria.”
Izuwa added: ”He can play as a midfielder and a defender. Most of the time he is used in midfield. He plays like Leicester City’s Wilfred Ndidi.
”He is a fantastic player, has good ball control, has good ball distribution, can play shots, good in the air, especially from set-pieces. He is aggressive and a mobile player.”
Top Stories