At least 62 persons have died after a terrorist attack at a mosque leaving many people in a state of shock. 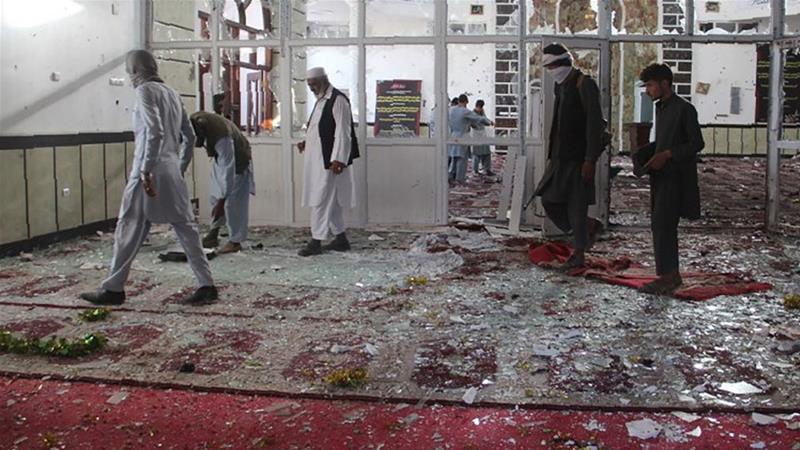 At least 62 persons have died in suicide bombing in Afghanistan
The death toll in an explosion at a mosque on Friday in the eastern Afghan province of Nangarhar has risen to at least 62, with another 36 people wounded.
The provincial governor’s spokesman, Ataullah Khogyani said.
The attack took place during Friday prayers at the Sunni mosque in Haska Mena district.
Local officials said as many as 250 people may have been inside at the time.
Dozens of the wounded were pulled from the rubble and taken to hospital in the provincial capital, Jalalabad city, provincial councillor Ali Mohammad said.
It was not immediately clear why the mosque was targeted and no group has claimed responsibility.
It was also unclear whether there might have been more than one explosion.
Local officials blamed the Islamic State group as the militants have a small presence in the district.
They said the district had been under the group’s control until this year.
The Taliban condemned the bombing, calling it a “major crime.’’
Waves of violence have taken a heavy toll among Afghan civilians this year.
On Thursday, the UN Assistance Mission in Afghanistan said in its latest report that 2,563 civilians had died in the first nine months of the year.
NAN
Top Stories