Anthony Joshua Issues Final Warning To Ruiz Ahead Of Rematch


The heavyweight star vows that fight will not be extended to 12th round before he will knock Ruiz out. 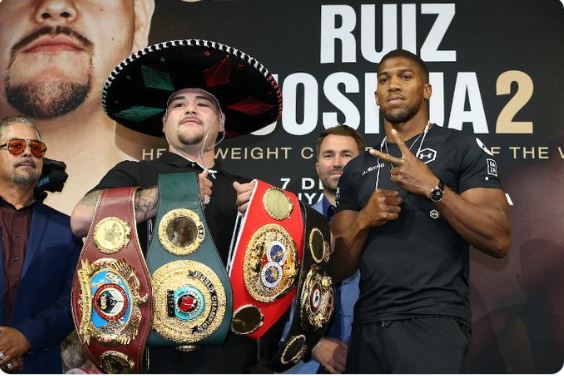 Anthony Joshua, former heavyweight champion, has dished out a final warning to Andy Ruiz ahead of their rematch showdown to hold in Saudi Arabia.

The British-Nigerian born pugilist will have a golden chance of proving Ruiz's victory over him in June was a fluke and similarly reclaim his belts when he faces the heavyweight champion on December 7.

With attention directed towards the fight dubbed "clash of the dunes" Joshua expressed confidence in winning, saying all eyes are on him.

Joshua also talked about the nightmare of losing to Ruiz and how he was able to overcome the media discussion on his defeat.

"Away from the bright lights and the media after my loss, it was a great time for me to use my time wisely and reflect," the 30-year-old told Sky Sport. “I know how good I am and I work so hard at boxing, I dedicate my life to it. So it’s going to be no surprise to me when I win."

Joshua also made a prediction of the fight, saying it will not end in the 12th round.