It has been revealed that fraudsters are now using the Zamfara state deputy governor's name to draw salaries. 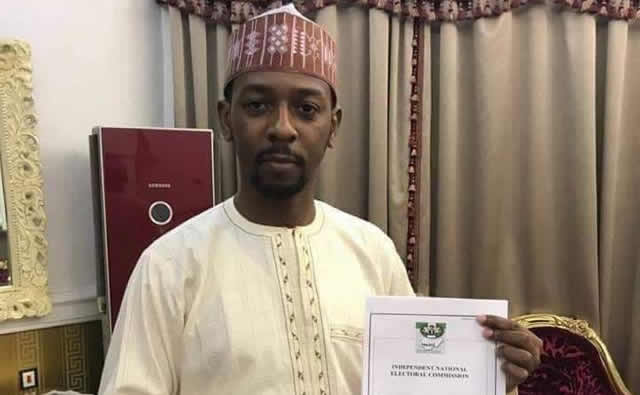 The Zamfara State Ministry of Finance says it has uncovered a large-scale fraud involving millions of naira, with the fraudsters using the names of prominent personalities, including the deputy governor to siphon money through illegal payment of monthly salaries, Punch Metro reports.

Briefing journalists in his office, the state’s Commissioner for Finance, Alhaji Rabiu Garba, said a recent verification revealed that some bad eggs among the directors in the Ministry of Finance had for long engaged in illegal insertion of fake names into the state government’s payroll.

He said, “This time round, they used the name of the deputy governor thinking that it would be too difficult to detect.”

The commissioner said the Deputy Governor, Mahdi Gusau, had no hand in the fraud.

“The deputy governor has no hand in the nasty act, but investigations by the Ministry of Finance have proved that some unpatriotic staff members were fully involved.

“I contacted the deputy governor to find out whether he was aware of the sad development and he replied that he knew nothing about it,” he said.

Other fake names discovered on the payroll included that of a sister to a former Commissioner for Finance, Alhaji Mukhtar Idris, and the name of a 119-year-old civil servant who had been on the payroll for over 60 years.

The commissioner further revealed that the fraud was more rampant at the state’s Health Service Management Board where investigations showed that the suspended directors of finance were fraudulently selling out fake employment letters at the cost of N250,000 each to innocent job seekers.

Based on this, the commissioner said all those involved in the scandal would be forced to return the looted funds and would soon be prosecuted to serve as deterrent to others.