The Blues bid farewell to the Italian tactician and his coaching team in the summer of 2018, with Maurizio Sarri drafted in as his successor. 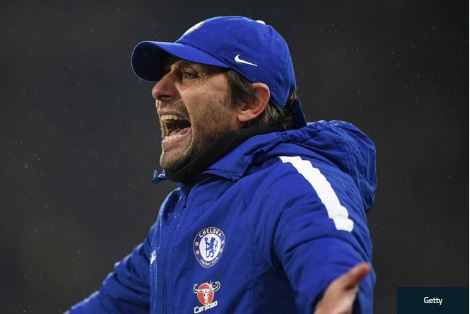 It has been revealed that the decision to part with Antonio Conte and his coaching team in the summer of 2018 cost Chelsea £26.6 million ($35m).

The Blues opted to make a change in the dugout after two years working with an Italian tactician.

Conte delivered on his remit in west London, with a Premier League title triumph in his debut campaign followed by an FA Cup success in his second.

The lifting of major silverware at Wembley would prove to be the final act for the former Juventus and Italy boss in English football.

He was ushered through the exits in order to make way for the arrival of fellow countryman Maurizio Sarri.

Conte had 12 months left to run on his contract when being unceremoniously dumped.

The decision was taken to head in a different direction as the Blues finished only fifth in 2017-18 and missed out on qualification for the Champions League.

Sarri would counter that disappointment by overseeing a victorious Europa League campaign, but spent only one season at Stamford Bridge himself.
His departure was agreed by mutual consent, but that was not the case with Conte and – after a lengthy legal dispute – the full cost of parting with the 50-year-old has now been made public.

Chelsea’s latest accounts have been released, with compensation packages for a former boss and his backroom team included within that.

The Blues said in the reveal of their figures for the year ending June 30, 2019: “Exceptional items in the current year of £26.6million relate to changes in respect of the men’s team management and coaching staff, together with associated legal costs.”

The funds paid out to Conte and Co can be added to a pot which has been filled on a regular basis since Roman Abramovich took control of Chelsea back in 2003.
The Blues have appeared to adopt a revolving door policy at times when it comes to managerial appointments, with Frank Lampard the latest to have picked up the reins.

He saw his hands tied by a transfer embargo when succeeding Sarri in the summer of 2019 but is working with a star-studded, and very well paid, squad.