Kelechi Iheanacho has been declared as the best Nigerian player in the English Premier League. 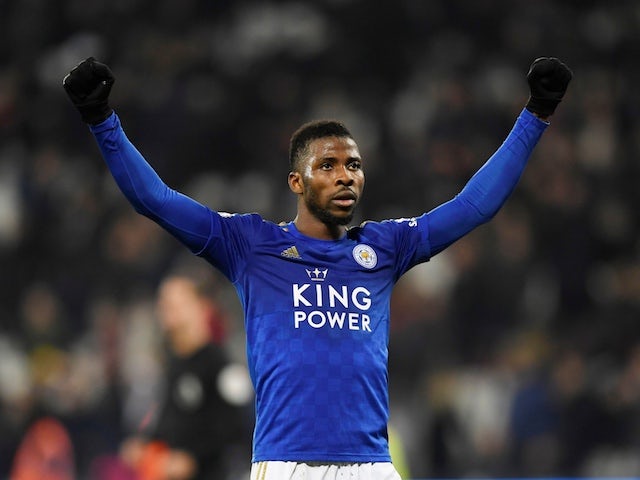 Kelechi Iheanacho
Manchester United legend, Rio Ferdinard has declared Kelechi Iheanacho as the best Nigerian player in the English Premier League this season.
The Nigerian has been prolific this season despite enduring a difficult start to the Premier League season.
Ferdinard sees the Leicester City forward as a typical goal poacher on the pitch having thrived as a backup striker to Jamie Vardy.
The 23-year-old striker has scored eight goals in 14 appearances so far this term to underline his importance to the Foxes, who are currently third in the EPL.
“Kelechi at the moment is the best Nigerian player playing in the EPL this season, because he scores goals man, he’s a goalscorer,” Ferdinard told Sports Extra.
“That’s what you need in a striker when he is called on. He’s had it tough playing second fiddle to Vardy but so far he has done pretty well.”
The former England international also lauded Wilfred Ndidi for his impressive performance this season.
“I love him (Ndidi), he’s a big player, though he’s injured now but I love him, he’s a top player and has been a colossal player in midfield for Leicester.”
Top Stories