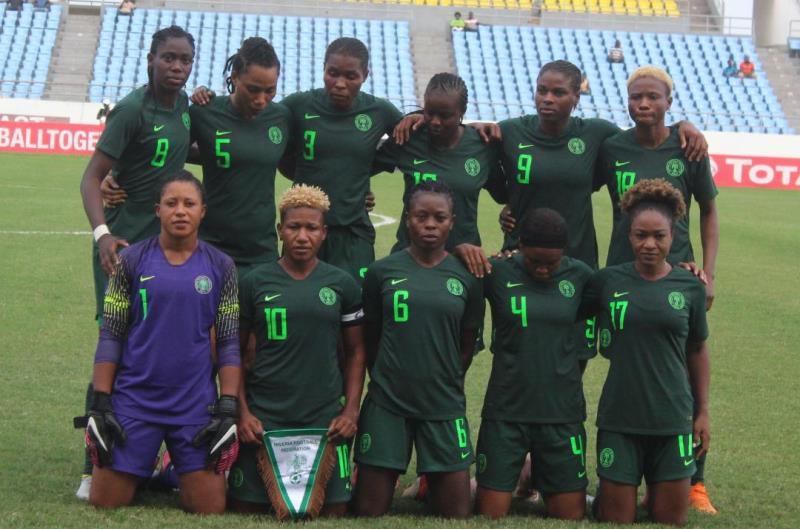 Super Falcons
The Super Falcons of Nigeria moved up one spot from 39th to 38th in the latest FIFA/Coca-Cola Women’s World Ranking, Completesports.com reports.
The ranking was published on FIFA’s official website on Friday.
In Africa, the Falcons who are Africa Cup of Nations champions, remain number one.
Indomitable Lionesses of Cameroon dropped two spots from 49th to 51 and are second in Africa.
In third position is Banyana Banyana of South Africa who are 53rd in the world while Ghana’s Black Queens remain 60th and fourth in Africa.
At the very top, USA’s (1st, unchanged) long reign continues after the world champions lifted the SheBelieves Cup on home soil.
But Germany (2nd, unchanged) at least narrowed the gap after impressing at the Algarve Cup gaining 12 Ranking points – more than any other top-10 team in this edition.
The global order also welcomed its newest addition, with Gambia (113th) increasing the number of teams ranked to 159 – the second-highest number on record.
The next FIFA/Coca-Cola Women’s World Ranking will be published on 26 June 2020.
Top Stories