Coronavirus: Ellen DeGeneres Attacked By Her TV Crew For Not Paying Them


Ellen DeGeneres has been termed inconsiderate after failing to pay her TV crew members as the coronavirus pandemic continues to ravage countries. 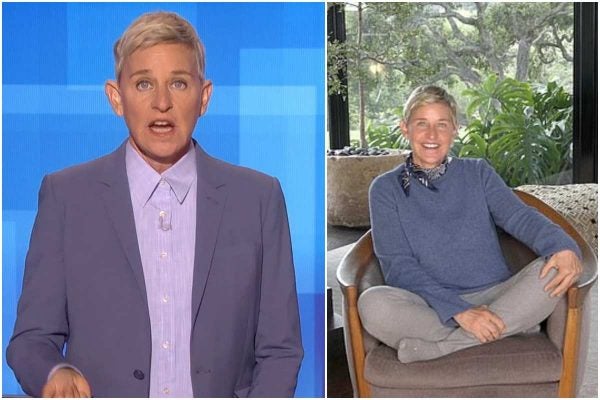 Ellen DeGeneres
TV Host and celebrity presenter, Ellen DeGeneres has come under intense criticism from her own TV crew for leaving them without pay, as she continues to produce her daytime talk show from home.
According to reports by Variety, the core stage crew for “The Ellen DeGeneres Show,” consisting of more than 30 employees, received no written communication about the status of their working hours, pay, or inquiries about their mental and physical health from producers for over a month
Her crew were also further incensed by the show’s recent hire of an outside, non-union tech company to help DeGeneres tape remotely from her home in California.
A spokesperson for Warner Bros. Television, which distributes the show, told Variety;
“Our executive producers and Telepictures are committed to taking care of our staff and crew and have made decisions first and foremost with them in mind.”
On April 2, the majority of the crew members were shocked to discover that DeGeneres had a remote set erected at her residence where she was taping, a fact they learned via social media posts from colleagues in other departments, insiders said.
DeGeneres is one of the highest-paid stars on television, earning more than $50 million per year from her Telepictures deal. Her total net worth is a reported $330 million.
Top Stories