A former Emir of Kano sacked by the government has returned to the north following months of absence. 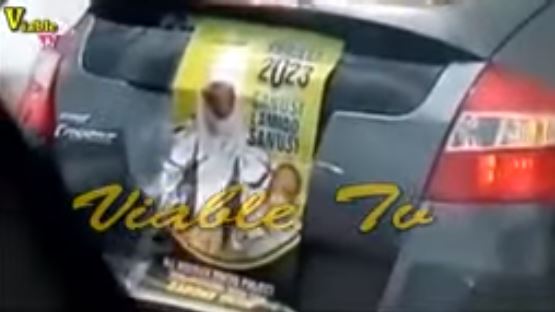 Sanusi arrives Kaduna
A triumphant crowd yesterday welcomed the former Emir of Kano, Muhammadu Sanusi, on Sunday, as he made a return to the North more than five months after his dethronement.
Sanusi, who was dethroned by the Governor of Kano State, Abdullahi Ganduje, arrived Kaduna on Sunday.
It was his first visit to the North since he was removed from the throne on March 9, 2020.
Sanusi will visit Governor Nasir El-Rufai, who is his long time friend, at the Kaduna State Government House.
The former Emir was received by a large crowd of supporters on arrival in Kaduna.
Some of them displayed 2023 campaign posters with his photograph on their vehicles.
Sanusi, an ex-central bank Governor had frosty relations with Kano Governor Abdullahi Ganduje since 2017.
His supporters believe he was sacked for opposing Mr. Ganduje’s re-election last year.
The former monarch was seen as a reformist and had been critical of some government policies – a stance that frequently put him at loggerheads with ruling politicians.
Warch video below:
Top Stories