A patient has died at a government hospital in Kwara state after workers switched off the ventilator that kept him alive. 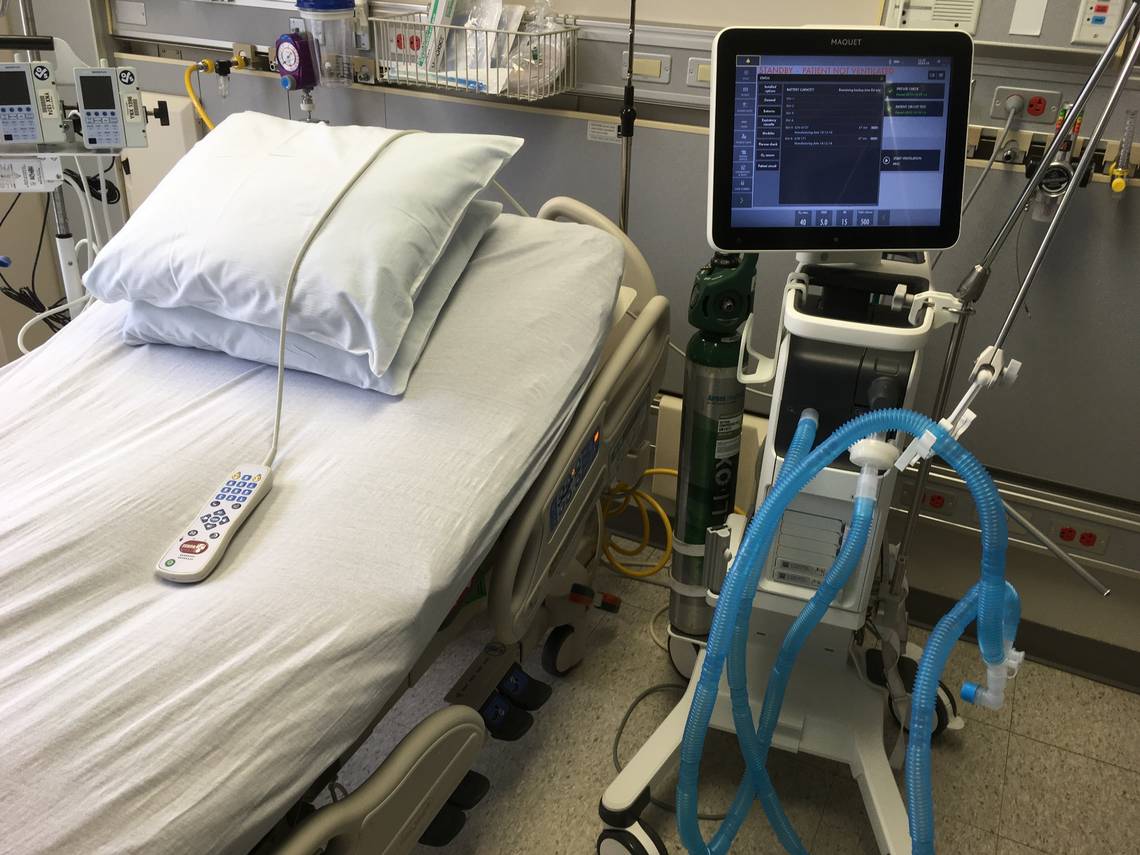 Ventilator
A patient at the University of Ilorin Teaching Hospital in Kwara State has died, acording to Channels Television.
It was gathered that he died following an industrial action embarked upon by health workers amidst the coronavirus disease forcing them to switch off the ventilator that kept him alive..
Olusola Olagunju, had been on life support before the incident occurred.
The victim was said to have died after the aggrieved workers switched off the oxygen.
A friend of the deceased, Ezekiel Adewole, said the unfortunate incident occurred on Tuesday.
Adewole explained that the patient died before being evacuated to another hospital for medical attention.
“He was referred to UITH, Ilorin for treatment. He has been undergoing this treatment for a while. He had difficulty in breathing, that is the only issue he had.
“He was okay, very active online. He was always on online – WhatsApp, Twitter and all others. The only thing is that he could not talk frequently on phone.
“He was using the support of oxygen. On Tuesday, we heard that the UITH went on strike. On that fateful day, they switched off their light.
“This guy was living on oxygen, electric oxygen. Immediately they switched off their light, he could not use the oxygen any longer and that was how his system collapsed.
The compound of the University of Ilorin Teaching Hospital Teaching Hospital where a patient on life support died over the strike embarked by health workers.
“In the process of taking him to another hospital, he gave up. His family also sought the assistance of an ambulance, but they were denied because the drivers were also on strike,” he said.
But reacting, the National Association of Resident Doctors (NARD) at the medical facility registered its displeasure over the situation that cost the patient’s life.
NARD Chairman, Lanre Oloshunde, however insisted that as medical practitioners, patients owe them the respect as they perform their duties.
“We have suspended the strike. The strike was informed from a security situation that happened at the hospital in which one of our doctors was assaulted on duty.
“Since then, the management of the hospital has been able to respond with some security measures. At least to some extent, that has guaranteed the safety of our members being able to work.
“We heard that our security was not guaranteed then, that is why we had to go on strike. Thankfully, there has been some security improvements so far in this regard,” he said.
While praying that the situation does not repeat itself again, Oloshunde advised members of the public against attacking health workers.
Top Stories