Following the tragic accident that killed a newly married man, his best man has finally broken his silence. 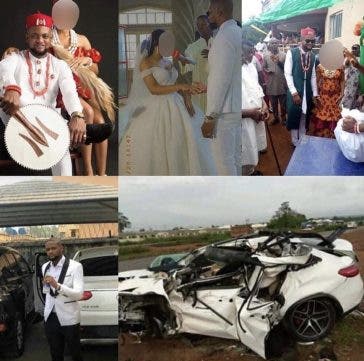 The groom died just three days after his wedding
The best man to the groom Rex Ebube Amatu, who died in fatal accident has finally opened up after surviving.
Recall that just three days after his wedding in Delta State, Rex died in an accident after he reportedly tried to over take a car stopped by the police.
The best man identified as Sleek, took to his whatsapp status to advice Nigerians on the negative effect of over-speeding.
He wrote;
“Sept 5th was the happiest day of my life I watched my son get married, it was a movie, sept 8th I survived the accident that killed my son, life is short. I have only one advice for everyone reading this. Speed Kills."
Then added in another post: "I will always love you my boy, till we meet in Valhalla.”
According to reports online, Ebube Amatu was trying to overtake a car stopped by some policemen on his way to Lagos before the accident incident happened. 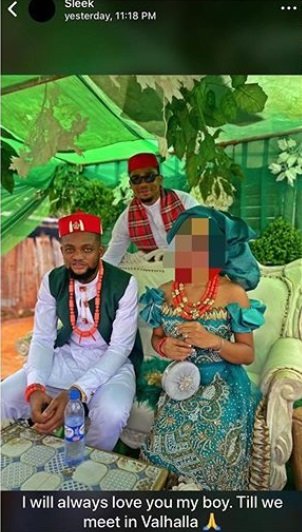