A drama has unfolded between a naval officer and some Lagos task force officials over BRT lane. 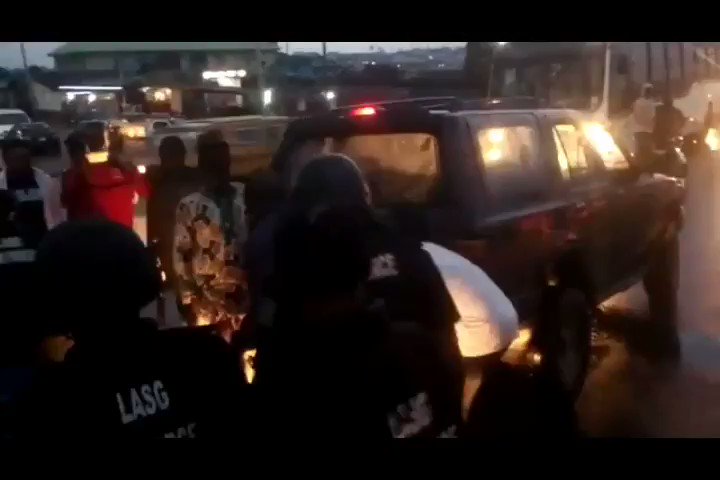 A naval officer and Lagos task force officials fight
A naval officer has clashed with Lagos task force operatives in Ikeja for using the BRT lane.
According to Lagos state governor’s chief press secretary, Gboyega Akosile who shared a video of the incident on Twitter, the unnamed naval officer was warned to desist from using the BRT lane but he insisted a car behind him driven by a woman be allowed to follow him.
In the melee, the officer allegedly punctured his own tyre in a scuffle with the taskforce operatives who refused to allow the other car follow him.
“They told they could only allow him-they were fair enough. The next thing the Naval officer did was to bring out a dagger, threatened our men, created a scene by puncturing his own tyre to make the lane impassable for the BRT buses. He was arrested with the 2 vehicles,” Akosile said.
Watch the video here;
Top Stories