A brilliant Nigerian woman has been honoured as the winner of the 2020 Bill & Melinda Gates Foundation International Award. 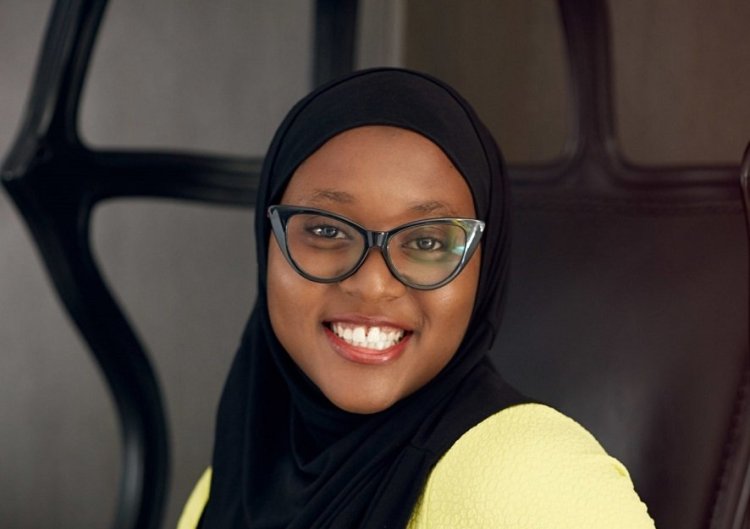 Hauwa Ojeifo
Hauwa Ojeifo, a young Nigerian gender and disability rights advocate has won the Bill & Melinda Gates Foundation changemaker award for 2020.
The Gates Foundation award celebrates an individual who has inspired change using personal experience or from a position of leadership.
Ms Ojeifo, who heads “She Writes Woman,” a women-led movement giving mental health a voice in Nigeria, was recognised for her work in promoting gender equality (Global Goal #5), a statement by the foundation said on Tuesday.
The awardee, who is a sexual and domestic abuse survivor, founded her platform in 2015 to provide “mental health support through a helpline, teletherapy and virtual support groups serving as a first point of contact to ensure that survivors of gender-based violence and those living with mental health conditions have access to confidential psychosocial support and counselling.”
This is not the first time Ms Ojeifo is winning an international award.
In 2018, at the MTV Europe Music Awards in Spain, she won the prestigious first-ever MTV Europe Music Generation Change Award that honours, elevates and empowers original young people who are changing the world from Lebanon, Afghanistan, Britain and the USA.
Later that year, she became the first Nigerian woman to receive the Queen’s Young Leaders Award at 26 in recognition of her work to overcome the stigma around mental health.
Now, at 28, Ms Ojeifo won the global goalkeeper award alongside the director of Africa Centres for Disease Control and Prevention (Africa CDC), John Nkengasong, who was praised for his role as the “central voice for Africa’s scientific community,” and for his outstanding work in response to COVID-19 in Africa, contrary to presumption of poor handling.
“Dr. Nkengasong and his team at Africa CDC are deeply deserving of this award.
“Their commitment to securing the latest innovations from elsewhere in the world—as well as developing them themselves—will go a long way towards ensuring that the continent has the vaccines and medicines it needs to fight COVID-19,” Co-chair of the Bill & Melinda Gates Foundation, Bill Gates said in the statement.
As co-chair of the Africa CDC Consortium for COVID-19 Vaccine Clinical Trials (CONCVACT), Mr Nkengasong is leading the securement of a variety of late-stage vaccine clinical trials on the continent by bringing together global vaccine developers, funders, and local facilitators.
The other two winners include Bonita Sharma of Nepal, and the MASH Project Foundation based in India.
Ms Sharma, the co-founder and CEO of Social Changemakers and Innovators (SOCHAI), a youth-led nonprofit working to improve the nutritional health of nursing mothers and young children and to economically empower marginalized women through business opportunities, was recognised for her work promoting good health and well-being (Global Goal #3).
The award recognised the MASH Project Foundation for furthering global cooperation and partnership (Global Goal #17).
Meanwhile, as part of its annual goalkeepers’ campaign, the foundation launched two innovative partnerships that address the impact of COVID-19 on Kenya’s health and economy.
Top Stories