The governor told State House correspondents at the end of the meeting that it would be immoral for him to return to the All Progressives Congress. 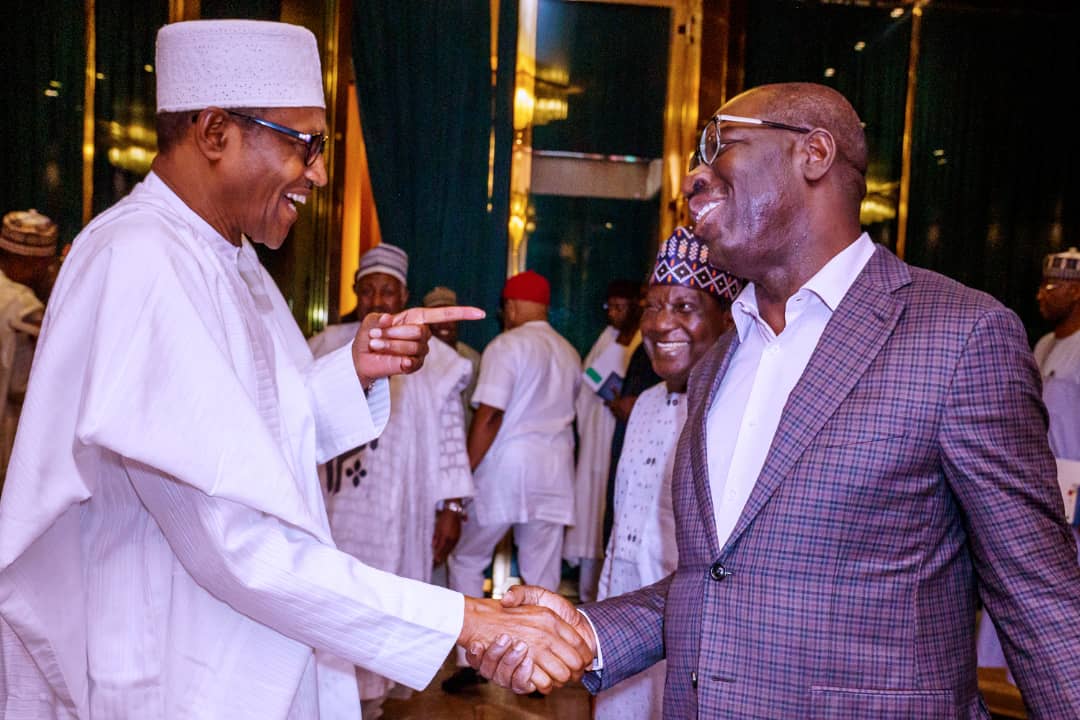 Godwin Obaseki, the Edo State Governor, on Friday met with the President, Muhammadu Buhari, at the Presidential Villa, Abuja, The PUNCH reports.

The governor however told State House correspondents at the end of the meeting that it would be immoral for him to return to the All Progressives Congress.

Obaseki of the Peoples Democratic Party beat Osagie Ize-Iyamu of Buhari’s All Progressives Congress and others to win the last Saturday’s governorship election in his state.

He had dumped the APC for the PDP when the ruling party disqualified him from participating in its primary election.

There have been concerns that having won the election on the platform of the PDP, he might return to the APC.

But the governor who met with the President alongside his deputy, Philip Shuaibu, said it would be immoral to do so.

Obaseki and Shuaibu were joined on what they called the “thank you visit” to Buhari by their spouses and some lawmakers from the state.