The eye witness noted that on hearing the victim, a search party was organised to fish out the suspected ritualist in the bush after the ritualist had escaped from his den. 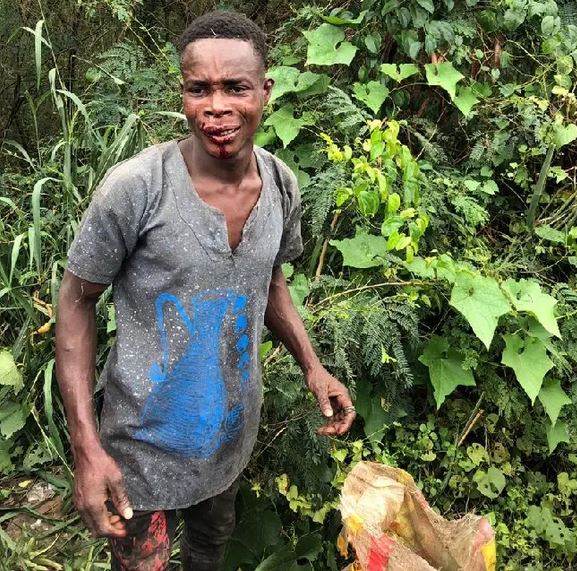 According to a report by Nigerian Tribune, a 27-year-old man escaped death in the early hours of Tuesday after suspected ritual killers tried to use him for rituals.

According to an eye witness, Wole Williams, the victim suddenly ran out of a bush path of the Obafemi Awolowo stadium after being attacked by the suspected ritualist.

The eye witness noted that on hearing the victim, a search party was organised to fish out the suspected ritualist in the bush after the ritualist had escaped from his den.

“I was here when we suddenly saw the man running out of the bush, at first, we thought it was two mad men fighting, because we had lots of mad men living around this place, we decided to move close to him when they continued shouting for help, on getting there, he explained how a ritualist suddenly grabbed him from behind and started eating his mouth, palm and had removed his teeth while he struggled with the ritualist before he eventually escaped”.

“While searching for the suspected ritualist, a small place serving as a shelter for the ritualist was seen covered with mosquito net ”

When a Tribune reporter got to the scene of the crime, items such as bones suspected to be remnants of the part of victims, mosquito net, iphone charger, bags, ATM cards, male and female clothe, an MP3 player were also seen and believed to belong to suspected ritual killers.

As at the time of filing this report, the victim has been taking to a hospital by the men of the Nigerian police force.

While the victim was being taken away, angry mobs lynched on the mentally challenged men around the venue.

According to an eye witness the, the angry mob suspected the physically challenged men to be the perpetrators of the crime.