A Christian man has been released from prison and acquitted after being sentenced to death for blasphemy. 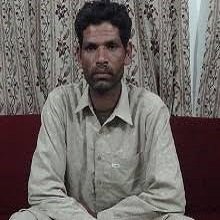 A Pakistani court on Tuesday acquitted Sawan Masih, a Christian man, sentenced to death for blasphemy in a rare judgment that was hailed as “daring.”
Syed Hussain, a spokesperson for Lahore High Court, told DPA that Masih, a road sweeper from the eastern city of Lahore, was acquitted after spending more than six years on death row.
Joseph Francis, the head of the centre that provides legal assistance to Christians facing blasphemy charges, said “I must say the Lahore High Court has given a daring judgment in Sawan’s case.’’
Francis said this is the second case in which a Christian has been acquitted, after Asia Bibi, on blasphemy charges in the country.
He added that there are at least 12 more Christians whose appeals against death sentences on blasphemy charges are pending.
“Masih would be freed soon but his family faces threats and is in hiding.’’
Masih was booked in a blasphemy case in 2013. The news of the alleged occurrence sparked protests and a mob torched more than 100 Christian homes in the Joseph Colony in Lahore.
Blasphemy is a sensitive topic in Pakistan and those accused can become the targets of Muslim vigilante groups. In some cases, they have been gunned down, burned alive, or bludgeoned to death.
Hard-line Islamists staged massive protests against the 2018 acquittal of Asia Bibi, who was given a death sentence in 2010 over allegations of blasphemy.
The case attracted global attention and led to the killing in 2011 of the then-Punjab governor Salman Taseer, who sought to reform blasphemy laws.
(dpa/NAN)
Top Stories