EndSars: “If There Is No Change In One Week, We Will Protest” – Naira Marley Speaks After Calling Off Protest


Naira Marley shaded Falz and Runtown, as he claimed he will pull a better crowd if he had led the protest. 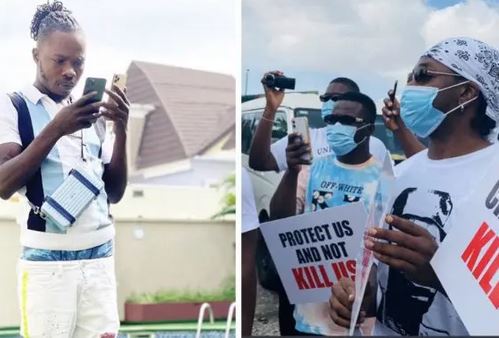 Nigerian singer, Naira Marley has spoken up few days after calling off the Lagos protest against Special Anti-Robbery Squad.

Naira thanked every youths who went out to protest, as he urges them to stay safe while protesting.

He also said that some people will remain followers and not leaders. He also shaded Falz and Runtown, as he claimed he will pull a better crowd if he had led the protest.

“Respect to all the youths out there fighting for their rights and what’s right. God bless y’all. After a week if there’s no changes on this fsars issue as promised by nigeriapoliceforce then we will get back out there stronger. Stay safe and protest peacefully if u re protesting”

They know My own crowd ya werey gan o #uncontrollably

I told y’all already 99% Marlians are not on twitter.

Some of y’all will remain follower and never become a leader.” 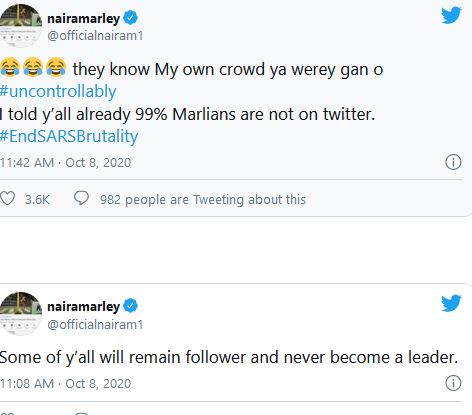 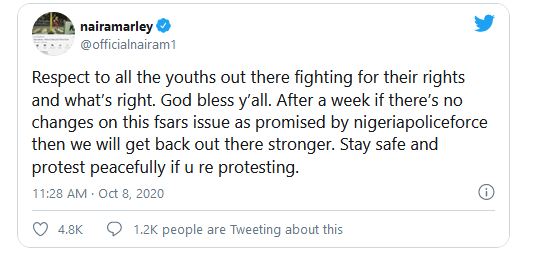